Scottish government plans to roll back religious influence over education 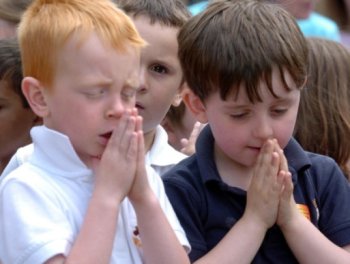 The Scottish government is planning to curtail the influence of religious leaders over state education.

Under SNP plans, responsibilities which councils currently exercise will be handed to head teachers or new "regional collaboratives". The Times has reported that there are no plans to hand religious figures roles on the new bodies.

Government sources said they would be made up of "experienced and talented educators".

Religious representatives currently enjoy a legal right to places on council education committees in Scotland. At least three places on each council are reserved for religious nominees, under legislation dating back to 1929 and beyond. In most parts of Scotland this includes at least one Catholic and one representative of the Church of Scotland.

But the plans will strip councils of their legal responsibilities for the quality of education and their control over aspects of staffing, budgets, improvements and curriculum content. They would retain control over catchment areas and school places but be left with a largely administrative role.

"If the new regional collaboratives remove some of the local authority role in relation to the curriculum, then the churches would lose influence – unless they are also represented at the regional level," said Lindsay Paterson, professor of educational policy at the University of Edinburgh.

Church-funded schools in Scotland date back to the 17th century. But since then the state has taken them over. And this month the Scottish Social Attitudes survey showed that 58% of Scots – a higher proportion than ever before – had no religion.

Earlier this year SNP MP Tommy Sheppard called for Scotland to move towards a "secular education system", arguing that secularists should "chip away" at religion's role in state schools.

And a recent petition called for the removal of the requirement on councils to maintain positions for religious figures. The petitioners argued that the church was being granted a privileged position and that the arrangement violated the spirit of equalities legislation.

But some church figures criticised the move. David Robertson, minister at St Peter's Free Church in Dundee, said religious representatives should be given places on the collaboratives.

"Secular humanists have taken over most of the non-denominational schools and are in the process of dismantling from within our traditional Christian system," he said.

"Unfortunately some figures in the church are responding by playing the victim. But they have held unearned power in Scotland's schools for too long. In an increasingly irreligious country, it is high time to put our children's interests ahead of those of established religion."