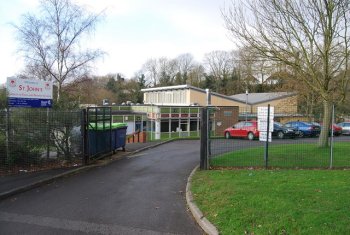 A primary school in Kent has stopped inviting a Christian evangelist group to lead assemblies and lessons, following complaints from parents.

Parents at St John's Church of England Primary School in Tunbridge Wells complained that the content of sessions by CrossTeach had been upsetting the children. CrossTeach's representatives had delivered assemblies and lessons at the school for 16 years.

Incidents included a harvest festival assembly in which a CrossTeach guest speaker attempted to demonstrate "the destructive power of God" by smashing a model boat.

One parent told The Guardian her son had been told that "men can't marry men".

Another parent said that children were told that if they did not believe in God "they would not go to a good place when they died".

A number of parents withdrew their children from assemblies over concerns about the content. One parent told The Telegraph: "I didn't pull mine out because overall I think it would do more harm than good to segregate them.

"But I do know some of the children have been upset by what they have heard. No one minds Nativity plays and Bible stories but considering most of the parents at the school aren't practising Christians I think the feeling is that it's all too much.

"In Tunbridge Wells the vast majority of primary schools are affiliated with the Church so it's not like you have a choice whether you expose your children to this.

"Personally I want my children to learn about all religions. If you want them to be raised as Christians there are plenty of Sunday schools."

The headteacher of the school, Dan Turvey, told parents he had listened to their concerns and CrossTeach would no longer lead assemblies or take lessons, although they will still be able to run a club for those children and parents who wish to take part.

"The main thrust of the argument has been that by inviting a Christian charity called CrossTeach and individuals from St John's Church to deliver assemblies/collective worship, we have knowingly allowed your children to be exposed to extremist beliefs and that as a result some children have been upset and disturbed emotionally," he wrote.

"After careful consideration I have decided that we will end our regular commitment to CrossTeach and that they will no longer lead assemblies or take lessons."

However, according to Kent Live, Mr Turvey said he did not believe the parents' concerns "have any real substance" and their decision to exercise their right to withdraw their children from CrossTeach assemblies "has made the situation unmanageable and a distraction".

The Rev Giles Walter, who has been taking assemblies at St John's Church of England Primary School, was also dismissive of the views of the parents. He accused the parents of being "extremist", telling Kent Live:

"The behaviour of this small group of parents has hurled a hand grenade into a previously happy and harmonious environment. They seem determined to drive mainstream Christian teaching out of our church school: and it is they and not ourselves who should be charged with extremism and non-inclusiveness."

The National Secular Society has defended the parents for "raising legitimate concerns". Campaigns officer Megan Manson said: "We are delighted that parents are taking a stand against inappropriate evangelism in their children's school, and that the school has acted by deciding not to invite CrossTeach and particular individuals from St John's Church to hold further assemblies or classes.

"However, we are disappointed by the dismissive reaction of the headteacher, and the attempt by the vicar to paint the parents as the 'extremists' in this situation. To accuse parents of 'hurling a hand grenade' into the school's 'happy and harmonious environment' simply for expressing their concerns is a highly divisive overreaction.

"We are unfortunately seeing a rise in similar issues involving faith schools, as C of E faith schools turn to external organisations to help them promote their religious ethos more vigorously. The assumption that just because a school has a religious ethos that it can proselytise in any way it wishes should be challenged, particularly where such schools are parents' only option."