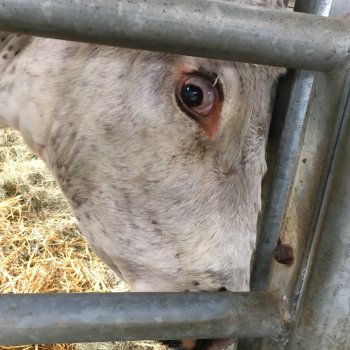 The National Secular Society has written to councillors in Lancashire urging them to stop imposing unstunned meat from religious slaughter methods on school pupils.

The letter comes as Lancashire County Council prepares to vote on whether to end its use of halal meat which has not been stunned before slaughter in school dinners.

Geoff Driver, the council's leader, has called a full council vote on the issue on 26 October. He said he believed it was "abhorrent" and "really, really cruel" to kill animals without stunning them first. Presenting the issue at a full council meeting, he added, would allow members to "vote with their conscience".

There was an immediate backlash to Cllr Driver's decision from the Lancashire Council of Mosques (LCM). Salim Mulla, a Blackburn with Darwen councillor and chairman of the LCM's halal sub-committee, said the situation was "very unfortunate". And Abdul Qureshi, LCM's chair, said a decision to stop supplying unstunned meat would "create a huge difficulty".

"People will pull out of school meals and people who should eat properly will be deprived of that," said Mr Qureshi. "For us it's a matter of faith. For Geoff Driver it is his feelings."

He accused Cllr Driver of running "a personal crusade". Cllr Driver said if that were true he would have made the decision in the council's cabinet, and added: "I am not the only one who has such strong views".

In 2012 the council briefly stopped serving meat which had not been stunned in its schools after it changed supplier. On that occasion LCM called on Muslim families to boycott the meat that was served, claiming it did not meet its interpretation of Islamic law. A spokesman for LCM also said "the county council should pick suppliers who are accredited to the Lancashire Council of Mosques".

A Halal Meat Supplies Task Group was set up in response. It recommended that the council should accept both stunned and non-stunned meat. Mr Qureshi said the "criteria" were agreed upon after "intense discussions" with Lancashire's Islamic 'scholars'.

In its letter, the NSS urged councillors to ensure the local authority only supplies meat from animals that have been pre-stunned in accordance with animal welfare standards.

The NSS is campaigning for an end to religious exemptions to animal welfare laws, amid concern that the non-stun slaughter industry is growing. Leading vets are among those who say slitting animals' throats and allowing them to bleed to death without prior stunning for halal and kosher meat causes unnecessary suffering. In May Belgium's Walloon region voted to ban the slaughter of animals without pre-stunning.

"We would urge the Council not be bullied into an unethical and regressive policy decision by self-appointed leaders claiming to speak on behalf of Muslims. The majority of halal meat in Britain complies with the law on stunning. Most Muslims are clearly willing to comply with the law.

"Even if this were not true, religion should not be an excuse to get around common rules. Animal welfare specialists should make decisions about which methods of slaughter are appropriate, not religious groups.

"It is particularly troublesome that the council of mosques wants to impose its religious dietary preferences on school children. Those in positions of power should take a stand for the principle of one law for all."