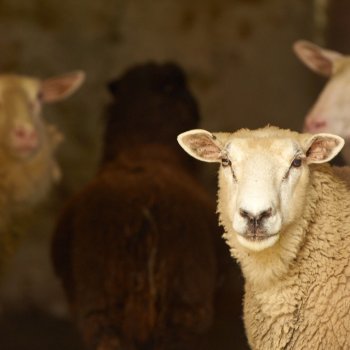 A committee of the Walloon Parliament has voted to ban the slaughter of animals without pre-stunning, a move welcomed by secularists and animal rights campaigners.

The Parliament's environment committee voted unanimously to end non-stun animal slaughter, following a recommendation by Piet Vanthemsche, a leading veterinary surgeon. The full parliament will vote on the proposal later this month.

If approved, the ban would come into effect in September 2019.

EU law requires animals to be "stunned (made unconscious) prior to killing, so that death should be painless."

In Belgium, as in the UK, the only exceptions to this requirement are for religious communities, in order to meet Jewish and Muslim religious requirements.

All kosher and some halal food is prepared without stunning of animals prior to slaughter.

The European Jewish Congress has reacted angrily to the decision and described it as "scandalous".

Dr Moshe Kantor, president of the congress, said, "We call on legislators to step back from the brink of the greatest assault on Jewish religious rights in Belgium since the Nazi occupation of the country in WWII.

He said that the decision "sends a terrible message to Jewish communities throughout our continent that Jews are unwanted."

Dr Kantor vowed to "not rest until this ban is overturned and Jews in Europe are able to practice their most basic religious rights."

"In 21st Century Europe, there's no good reason why animal welfare should be subservient to religious dietary rules. Requiring all animals to be effectively stunned before slaughter would remove unnecessary suffering – and is therefore the humane thing to do."