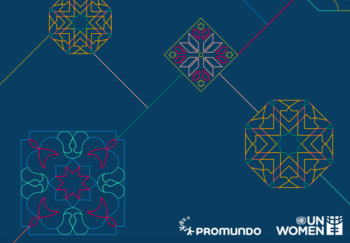 A large-scale survey of views in Egypt, Lebanon, Morocco and Palestine has reported extensive anti-women views and widespread tolerance of domestic violence.

The three countries and Palestine were selected to be broadly representative and "to reflect the diversity of the region".

Unsurprisingly their data found that clear majorities of men in these overwhelmingly Muslim-majority countries held anti-women views, and had deeply regressive opinions about the role of women in society.

The report, produced by International Men and Gender Equality Survey (IMAGES) found that "The majority of Egyptian men consider it their duty to protect the honour of women and girls in their family, and nearly three-fifths agree with honour killing in some circumstances. More than 90 per cent of men saw male honour as directly contingent on their female relatives' dress and behaviour".

Just 45% of Egyptian men believed there should be laws "criminalizing domestic violence, including marital rape." And only 70% of Egyptian women agreed with this statement.

Just 39% of Egyptian men approved of women serving as leaders of political parties, though 93% said they should be able to vote.

60% of Moroccan men said "if a woman is raped, she should marry her rapist."

62% of Moroccan men said "a woman should tolerate violence to keep the family together", and 38% agreed "there are times when a woman deserves to be beaten". Shockingly, 20% of Moroccan women agreed with this.

The report collected anecdotes and accounts from men and women across the four countries surveyed, including many accounts of domestic violence.

One young woman living in Cairo said her husband apologised for beating her and she went back to him, and now "The beating decreased, and now he beats me slightly if we disagree. But before, he used to beat me 'till my face and body became blue. But now things are better."