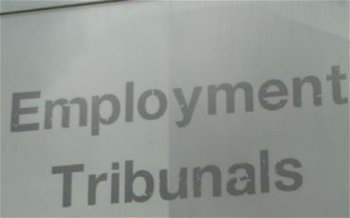 An employment tribunal has found that London Underground did not discriminate against an employee by denying him five weeks off work to attend religious festivals.

The case arose after Mr Gareddu, a Roman Catholic, requested five weeks leave during the summer holidays to visit family and attend religious festivals in his native Sardinia – claiming that "every [festival] is dear to him" and "had a deep religious significance".

In previous years London Underground had been able to accommodate Mr Gareddu's requests. However in 2013 his new line manager made clear that the arrangement would have to end from 2014, in accordance with their policy that blocks of consecutive leave of more than three weeks could only be granted in extraordinary circumstances. Mr Gareddu was told by his line manager that he was "not the only member of staff who has family commitments during the summer holiday" and that they had "to be fair and equal with all the staff".

Mr Gareddu raised an internal grievance which was rejected by the HR department, and following an appeal claimed indirect religious discrimination and a breach of his rights to manifest his religion or belief at an employment tribunal. The case was heard in November 2016.

The tribunal accepted that the practice of not granting more than three weeks consecutive annual leave might disproportionately affect employees whose religion 'required' them to attend specific festivals, and that there was a sufficient link between attending such festivals and the manifestation of religious belief. However the tribunal found that Mr Gareddu's motive for wanting the time off was for family/personal reasons.

Commenting on the case, Stephen Evans, National Secular Society campaigns director, said that even if the tribunal had found that Mr Gareddu's request for leave was for religious reasons, it wouldn't have been automatically accommodated.

"Employers have a responsibility to respect their employees' rights to manifest their religion or belief. However they also have to ensure that such manifestations do not place an unfair burden on other staff or the business."

An employer's guide to religion or belief in the workplace published in November 2016 by the Equality and Human Rights Commission makes clear that "a rule or policy that has an indirectly discriminatory effect is not unlawful if it is objectively justified".

Alongside the guidance the EHRC published a major review of the legal framework around religion and belief in the workplace which found examples of employees "being refused time off work for religious holidays" as well as "feeling overburdened with work due to colleagues taking religious holidays". The report found no evidence that an "additional duty of reasonable accommodation is required" – something the NSS warned could lead to religious claims being privileged over other rights.

Mr Evans added: "This ruling shows that Britain's equality laws are getting the balance broadly right. As the EHRC guidance makes clear, employers don't need to be 'experts in religion or belief' in order to take a fair common sense approach."

EHRC guidance on time off work for reasons of religion or belief is available here. 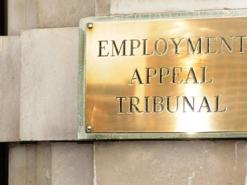 A man who took unauthorised absence to attend a course for Jehovah's Witnesses has seen his claim for unfair dismissal rejected.