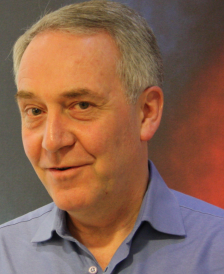 The senior lawyer tasked with reviewing the Government's legislation on counter-extremism has strongly criticised draft plans for tackling "non-violent extremism".

David Anderson QC said that in six years reviewing counter-terrorism legislation for the Government the draft Counter Extremism Bill was "the single document that has alarmed me most".

"Over the last six years I've seen an awful lot of secret material. Everything to do with the operation of the laws against terrorism, everything to do with surveillance. I think the single document that has alarmed me most was the early draft, I emphasise, of the Counter-Extremism Bill that I saw in the summer of 2015. Since then we've seen nothing definite."

The Government has been unable to define what "non-violent extremism" means, and Anderson warned that a broad definition was "very dangerous and quite wrong".

Existing law prohibits inciting violence or hatred, and Anderson suggested that applying the concept of "non-violent extremism" to "ideas that are, for example, un-British or opposed to democracy" would threaten freedom of speech.

"We got through the Cold War after all without making it illegal to be a Communist or to express Communist opinions."

Simon Calvert, campaigns director of the Defend Free Speech campaign backed by both the National Secular Society and the Christian Institute, said: "David Anderson is well-placed to assess the Government's approach to counter-extremism. He is saying, very plainly, very robustly, that the Government is on the wrong track.

"The Government's proposals – and Extremism Disruption Orders in particular – are dangerous. They need to be stopped before ordinary people are criminalised because their views don't fit the Government's ideological straitjacket of British values.

"David Anderson's remarks are at one with the Joint Committee on Human Rights and senior leaders within the Police and Security Services.

"The Government needs to get on with the consultation it's been promising for so long, so that the public can leave it in no doubt that the answer to extremism is not to be found in undermining the foundations of democracy."

Mr Anderson also welcomed a consultation on the proposals – something the NSS has called for once concrete details from the Government are made public.

Show your support for the Defend Free Speech campaign.