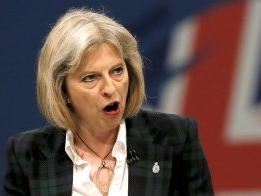 Under current rules, newly established faith schools must limit the number of pupils they select on the basis of faith to 50%. However, under proposals published by the Government, religious-based free schools will, when oversubscribed, be able to select all of their pupils by religion.

The Government is currently consulting on its plans to remove the 50% cap, but the NSS has warned that powers granted to the education secretary mean there is no meaningful mechanism for MPs to challenge the "regressive move" towards more discriminatory admissions.

The 50% cap is applied to free schools through their funding agreement with the Secretary of State. Any changes to the 50% cap that ministers want to make will not require legislation.

Following publication of the proposals the NSS called on the Education Select Committee to launch an inquiry into faith-based admissions. However, the committee's Chair, Neil Carmichael MP, has confirmed to the NSS that it "will not be able to accommodate [such an inquiry] in the foreseeable future".

"School admissions policies that discriminate on religious grounds are unfair and unjust and need to be eliminated. For the Government to be able to increase levels of religious discrimination without parliamentary approval reveals an alarming democratic deficit at the heart of our school system.

"By lifting the 50% cap the Government will be facilitating a proliferation of discriminatory and divisive faith schools. This may well serve the desires of some religious organisations but it fails to serve the needs of the majority of parents and pupils who simply want good schools, rather than religious schools – particularly ones that they will not have fair access to.

"The fact that such a regressive change can be being made at the whim of the Prime Minister reveals a disturbing democratic void – one which religious groups will be more than happy to exploit."

The Catholic Education Service has said the removal of the cap will allow it to open "between 30 and 40" new publicly funded Catholic schools, creating "thousands of new Catholic school places across the country."