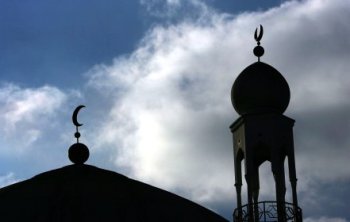 Campaign groups and human rights activists have signed an open letter to Theresa May warning that the Home Secretary's sharia review will "do nothing" to address sharia councils' discrimination against women.

The Home Office review has been criticised for neglecting human rights and constituting a panel "more suited to a discussion in theology than one which serves the needs of victims whose human rights are violated."

It has come under fire for the appointment of two Islamic "scholars", and a theologian to lead the review.

Campaigners said: "One of the scholars, Sayed Ali Abbas Razawi, is the joint secretary for Majlis Ulama-e-Shia, which sends delegations to the Islamic Republic of Iran. In his sermons, he has supported the death penalty in Islamic states, advised Muslims to go into government 'and change the system' and says women dressed in 'tight clothing' are 'corrupted'."

The signatories are demanding that the Home Secretary instead appoint "a Judge to head the inquiry with the powers to compel witnesses to appear before it."

They say that the "inquiry panel should be an impartial investigation into the entire spectrum of human rights violations caused by the existence and functioning of Sharia councils and tribunals".

The letter calls on the Home Office to: "Drop the inappropriate theological approach, and appoint experts with knowledge of women's human rights, those who can properly and independently examine how Sharia systems of arbitration in family matters contravene key human rights principles of equality before the law, duty of care, due diligence and the rule of law."

In addition to their criticism of the review's leadership, the campaigners have said that the terms of the review amount to Government "acceptance of a theological basis for laws for citizens from minority communities."

They said that it was vital that the role of Sharia bodies in promoting human rights violations was examined. As examples they cited Islamic teaching on "women's testimony being worth half that of a man's, marital rape, sexual violence and domestic abuse, the age of consent, guardianship, forced marriage, honour based violence, ritual abuse, child custody and child protection, polygamy, divorce, sexuality, inter-religious relationships, female dress codes and abortion."

When the Government's review was announced, the Home Office drew significant criticism after it said that "many people" in England and Wales "benefit" from the guidance of "Sharia Law". A Home Office press release said that forced marriage and discrimination against women were "contrary to the teachings of Islam."

The Government said their review will seek out examples of "best practice" among Sharia councils.

At the time the NSS criticised the Government for involving itself in a theological debate and offering pronouncements on what 'true' Islam was.