Theresa May launches review of Sharia law in England and Wales 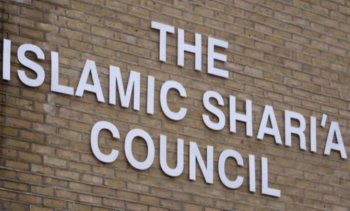 The Government has announced the launch of its long-awaited independent review into Sharia law in England and Wales, to be chaired by Professor Mona Siddiqui.

It said that there is "evidence some Sharia councils may be working in a discriminatory and unacceptable way, seeking to legitimise forced marriage and issuing divorces that are unfair to women". A statement released by the Home Office claimed this was "contrary to the teachings of Islam."

The review will "explore whether, and to what extent, the application of Sharia law may be incompatible with the law in England and Wales."

The panel will also consider whether "Sharia may be being misused, or exploited, in a way that may discriminate against certain groups, undermine shared values and cause social harms."

The Government has said the review will seek out examples of "best practice" among Sharia councils.

The National Secular Society (NSS) welcomed the review, but campaigns director Stephen Evans criticised the Government for claiming that sharia courts were operating in a way that was "contrary to the teachings of Islam". "Whether this claim has any truth whatsoever or not, the Government has no place opining on the 'true' meaning of any religion," he said.

"The State's interests here are in ensuring that British law is not being undermined, that all citizens, particularly women, are able to access their legal and civil rights, and that there truly is one law for all in our country.

"We urge the Government to recognise that no matter how compliant some may be with Human Rights standards, the flourishing of sharia councils can only undermine notions of common citizenship.

"It must also be acknowledged that as long as such forums exist, minorities within minorities and vulnerable groups, especially women, will face pressure from within their community to settle matters in religious 'courts', rather than in a secular legal setting."

Meanwhile, a senior academic has warned that tribunals like sharia 'courts' cheapen citizenship and risk "undermining the sustainability of multi-ethnic societies".

Dr Ronan McCrea, a law lecturer at UCL, argued that allowing religious courts to make rulings on family matters, even if they could somehow be made compliant with human rights law, is "flawed".

Even under any 'voluntary' use of religious tribunals, he said, "it is likely that some women or LGBT individuals (whose interests are unlikely to be favourably treated by religious courts), will be pressurised into using religious tribunals when they would prefer not to."

Dr McCrea also said that members of religious minorities will have to endure "emotional and social costs which are not imposed on their fellow citizens" if they try to access secular courts.

In a paper published in Public Law, the academic cautioned that "encouraging disengagement" from the common legal system could lead to a "balkanised" society which would leave women and vulnerable groups at the mercy of "reactionary religious bodies".

Allowing individuals to reduce their interaction with the state legal system, "strikes at the heart of meaningful citizenship," he added.

He warned that the UK has already taken a "significant step" towards expanding the role of religious tribunals by according a "major role" to religious 'courts' in divorce proceedings.