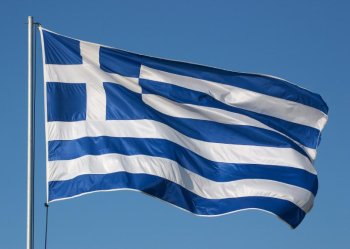 The National Secular Society has joined dozens of secularist, humanist and free speech groups in calling on the Greek government to expedite the removal of blasphemy articles from the country's criminal code.

In a letter to the Greek Secretary-General for Transparency and Human Rights, over 50 organisations, including the NSS, urged the Ministry of Justice to abolish the Greek blasphemy laws and "drop all related charges pending" before Greek courts.

The Greek Penal Code currently states that "One who publicly and maliciously and by any means blasphemes God shall be punished by imprisonment for not more than two years".

It also punishes anyone who "displays publicly with blasphemy a lack of respect for things divine". This 'crime' can be punished by a prison term up to 3 months in length.

During Greece's review in May 2016 by the UN Human Rights Council, the Greek delegation was asked to "Ensure[s] religious freedom and tolerance, by measures such as decriminalizing blasphemy and protecting the rights of religious minorities, atheists and agnostics."

While the Greek delegation to the Council committed the Greek government to abolishing "outdated criminal provisions" including articles criminalising blasphemy, human rights advocates are concerned over recent prosecutions under the current law and by the fact that successive Greek governments have failed to abolish the legislation.

The signatories to the letter told the Greek Ministry of Justice: "We have been concerned however that the articles on blasphemy were not abolished, while new charges for blasphemy are pressed by prosecutors, for example on 1 February 2016, and the trial on appeal of blogger Philipos Loizos (aka 'Elder Pastitsios'), convicted at first instance for blasphemy to a suspended prison sentence of ten months on 16 January 2014, has yet to be scheduled almost two and a half years later."

"We now urge you to see to it that the government promptly tables before Parliament the abolition of the two blasphemy articles 198 and 199 from Greece's Criminal Code and that prosecutors or courts drop all related charges pending before them," the letter said.

Though critical of the pace of reform, the signatories to the letter welcomed commitments from Greece to reform and a promise to extend civil partnership to same-sex couples.

Other signatories included the International Humanist and Ethical Union, to which the National Secular Society is affiliated.