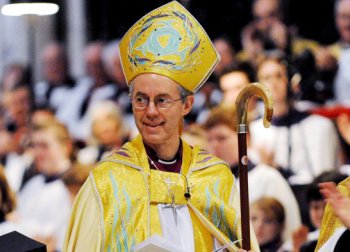 A report by Ian Elliott, an expert in child safeguarding, has found "repeated failures" by clergy and bishops in the Church of England to deal with reports by survivors of child abuse.

A single survivor of child sex abuse told "over 40 members of the clergy during the 1970s, 80s, 90s and 2000s" of sexual abuse he had suffered at the hands of a senior member of the Church of England, but failed to receive an adequate response – including from people in "very senior positions within the Church" and the office of Justin Welby, the Archbishop of Canterbury.

As late as 2014 the survivor made another report of the historic sex abuse and found "the response less than adequate." The Church offered no "real investigation into his disclosures" and "every question arising from the issue of senior disclosures was entirely ignored from the outset by the bishop he reported to, the Head of Safeguarding."

The report has been made public after the Church initially released its conclusions alone. David Greenwood, a lawyer specialising in helping child abuse victims claim compensation, said in a press release that the church had "indicated that it does not wish to publish the whole report so the survivor is taking the step of providing the report to the press."

The report offers a damning verdict on the Church's response to allegations by the survivor, referred to as "B".

According to the report, it was "deeply disturbing" that despite B reporting the case to a "large number of people", some of them claim to have "no memory of the conversations."

"What is surprising about this is that he would be speaking about a serious and sadistic sexual assault allegedly perpetrated by a senior member of the hierarchy. The fact that these conversations could be forgotten about is hard to accept," Elliott wrote.

To avoid legal liability, the report found, the Church "issued instructions that all contact with a survivor was to be ended, causing considerable distress and also placing the survivor at risk." Elliott said the decision was "reckless" and contrary to the Church of England's own policy.

Keith Porteous Wood, Executive Director of the National Secular Society, which has been researching clerical abuse for many years and given evidence on the topic at the United Nations, commented:

"The problem wasn't that bishops weren't trained in such matters, it is the institutional culture of denial and the bullying of the abused and whistleblowers into silence. One report suggests that 13 bishops ignored letters written in the 1990s warning of abuse by Ball on behalf of a victim who later committed suicide. I have seen evidence that such bullying persists to this day.

"I hope that the Archbishop's review into the case of Peter Ball will deal with such bullying and what appears to be the undue influence exerted on the police and CPS by the Church in dealing with this case.

"The total failure of procedures, outlined by Ian Elliott, echoes that revealed in the totally damning Cahill Report about the conduct of the Archbishop Hope of York in respect of Robert Waddington. The current Archbishop of York has decided that this report should remain in printed form rather than be more widely available on the web."

The report was released ahead of the preliminary hearing of the Goddard inquiry into child sex abuse, which will scrutinise the Church's record and policies on abuse.