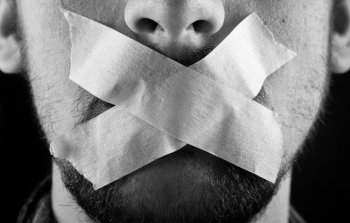 A student-led free speech campaign supported by the counter-extremism think tank Quilliam is urging for reform of campus debate, as the NUS faces calls from secularists and ex-Muslims to revise 'safe space' policies.

In a statement on the '#Right2Debate' initiative's vision for reforming free speech on campus the group accuses Student Unions of "resorting to censorship and no-platforming" rather than allowing students to challenge extreme views themselves.

The movement calls for extremist speakers to be contested rather than 'no-platformed' and says that "Resorting to censorship should only be done by SUs in the extreme cases that speakers are breaking the law of inciting hatred or violence."

The initiative warns that allowing "extremist and divisive speakers to lecture on university campuses without any challenge means their harmful, but sometimes persuasive, views can contribute to an atmosphere of intolerance" but argues that censorship is the wrong response.

"Banning individuals means compromising free speech and leaving these ideologies uncontested - pushing those wishing to discuss difficult issues towards other platforms and potentially falling under negative influences (for example social media and online forums). The only way to deal with these issues is to empower the campus community through civil dialogue and debate. This means supporting students to challenge extremist and divisive views with the values of mutual tolerance and respect.

"Few disagree that universities should be bastions of free thought and ideas. It is clear that many views can, and do, cause offence and that this can lead to frank discussion. However, this does not, on its own, constitute grounds for censorship. Instead, students need to feel confident that they have the means to counter extremist and divisive views in a safe and civil manner.

"The university environment's greatest asset is its rich tapestry of ideas. Debating these ideas equips students with the capacity to think critically and expand their horizons. They should not be pushed towards conforming to a particular viewpoint."

While students signed up to the '#Right2Debate' scheme are challenging their specific Student Unions to reform and defend freedom of expression, the National Union of Students was strongly criticised by a range of free speech campaigners, including the National Secular Society, for its restrictive free speech policies.

In an open letter the NUS was blasted by campaigners for silencing dissenters "including feminists, apostates, LGBTI rights campaigners, anti-racists, anti-fascists and anti-Islamists – through its use of No-Platform and Safe Space policies."

It was announced that a protest would be held against the NUS on 17 March, with demonstrators calling on the national students' organisation to revise its no-platform policies.

Signatories to the letter include the National Secular Society, the Council of Ex-Muslims of Britain, One Law For All, Maajid Nawaz, Nick Cohen, Maryam Namazie, Richard Dawkins, Peter Tatchell, editor of Spiked Brendan O'Neill, and the author of the Jesus and Mo cartoons.

"Educational institutions must be a place for the exchange and criticism of all ideas – even those deemed unpalatable by some – providing they don't incite violence against peoples or communities. Bigoted ideas are most effectively defeated by open debate, backed up by ethics, reason and evidence," the letter says.