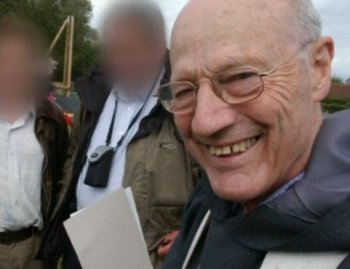 The National Secular Society has warned that the Church's inquiry into their handling of the Bishop Peter Ball sex abuse case could leave significant questions unanswered.

Bishop Ball was jailed last year for sexual offences, after escaping justice twenty years previously. A letter-writing campaign at the time saw support for the bishop come from senior establishment figures, including a member of the royal family.

However, the NSS has criticised the terms of reference of the Church of England's review and warned that they do not go to the heart of the failures which contributed to Ball escaping justice for twenty years. In this period one victim committed suicide.

But the review into the case will be carried out behind closed doors. Keith Porteous Wood, executive director of the National Secular Society, warned that "while this may encourage greater frankness of those giving evidence, it will be regarded as lacking openness and transparency, qualities already shown to be sorely lacking in the Church over such matters even today."

The NSS, which has significant history and expertise researching clerical sex abuse and campaigning for justice for the survivors, has warned that the terms of reference need to specifically include the questionable role played by the Church in bringing undue influence to bear on the administration of justice concerning Ball's abuse, and about the bullying of victims and whistle-blowers into silence. The Society has written to the Church of England requesting these changes, which were reported almost in their entirety by the Telegraph.

Mr Wood wrote to the Church of England:

"Could I respectfully request that, in order to make the Inquiry credible, the terms of reference need to make specific reference to establishing the extent of historic and current bullying by senior figures in the Church of alleged victims and whistle-blowers. As is well known, this bullying has led to a suicide and considerable psychological harm beyond the abuse itself.

"The terms of reference need also specifically establish the extent to which Church officials sought – and/or encouraged others - to intervene with the CPS, the police and dissuading complainants from reporting to the police. It is vital that it establishes whether such interventions were made genuinely believing Ball to be innocent, having made a reasonable assessment of all available complaints and evidence. The information already in the public domain raises very uncomfortable questions.

Speaking in the House of Lords in January this year the Bishop of Durham insisted that at the time the Church believed Ball to be innocent, despite the allegations.