Church’s call to pray for Richard Dawkins is “cheap and nasty”, says bishop 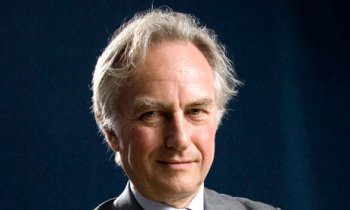 On 12 February the Church of England's official twitter account offered "prayers for Prof Dawkins and his family" prompting criticism and allegations that the Church was 'trolling' him.

The Rt Reverend Stephen Lowe said of the message, "I think it's a bit cheap and nasty and I regret it."

Reverend Arun Arora, Director of Communications for the Archbishops' Council, defended the tweet that he'd sent and said it was a "genuine tweet offering prayer for a public person who was unwell."

Keith Porteous Wood, the executive director of the National Secular Society, speaking to the BBC, questioned whether it was an attempt to court publicity.

"The Church's tweet has certainly caused a great deal of publicity, something that will have been neither unexpected nor unwelcome to them.

"We note there was another attempt to promote the Church's 'Just Pray' website when the Reverend Arun Arora was interviewed on Radio 5 over the tweet.

"Ultimately, whether the attempt was sarcastic or an attempt to draw attention to itself only the Church can say. But it wouldn't be the first time it has courted publicity."

The National Secular Society was critical of the Church's actions during the Lord's Prayer advert 'controversy', particularly after it emerged that a large part of the advert had not even been filmed until months after the cinema chain had declined to screen it.

Mr Wood added: "The Church's indignant response to the cinema chain declining to screen the Lord's Prayer advert was craftily released on the very day its prayer website was launched, despite the cinema chain's refusal being known months earlier. It complained of its freedom of expression being curtailed while boasting about the number of hits on the site, which have since flatlined.

"The Church's talk of taking legal action against DCM on the grounds of discrimination was, as we said at the time, baseless. A QC specialising in the media has since confirmed that our assertions on the lack of any grounds for legal action were correct."