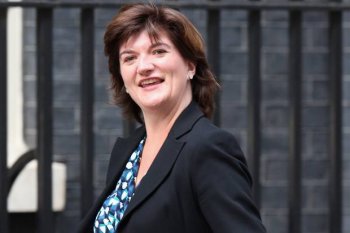 The High Court has ruled in favour of three families who challenged the Education Secretary's exclusion of non-religious worldviews from the new RE GCSE syllabus.

The families, supported by the British Humanist Association, successfully took their case to the High Court and accused the Government of taking a "skewed" approach to religious education, with one parent objecting to "the lack of parity between religious beliefs and non-religious worldviews in the school curriculum, which in the eyes of children may well lead to the belief that religion, in whatever form, has a monopoly on truth and on morality."

The National Secular Society has repeatedly called for fundamental reform of the subject, including the inclusion of non-religious perspectives.

When the new GCSE RE curriculum was announced the NSS challenged the Government in a consultation response over the lack of "systematic study of secular ethics or non-religious worldviews" in the proposals.

The case mounted by the three families was pursued under the European Convention on Human Rights (ECHR), and the High Court ruled that Secretary of State for Education, Nicky Morgan, had made an "error of law" by leaving non-religious views out of the GCSE syllabus.

Mr Justice Warby ruled that there had been a "breach of the duty to take care that information or knowledge included in the curriculum is conveyed in a pluralistic manner".

But crucially the judge ruled that "is not of itself unlawful to permit an RS GCSE to be created which is wholly devoted to the study of religion". The ruling added that the assertion that this fulfilled "the entirety of the state's RE duties" was however in breach of the requirement for pluralistic teaching of RE.

The judge concluded that if the GCSE syllabus fell short of meeting the Government's obligation to impartiality then "the state would need to afford some additional educational provision or fail in its duties".

NSS campaigns manager Stephen Evans commented: "The recognition this ruling gives to the non-religious worldviews held by a great number of people in the UK is welcome. For too long the exploration of ethics and fundamental life questions have been undertaken in an almost exclusively religious context, which sidelines a host of other philosophical approaches. We hope this ruling changes that.

"We urged the Government to include the systematic study of non-religious thought and beliefs in the new GCSE syllabus and they declined to do so. The High Court has issued a ruling that the Government was wrong to neglect non-religious beliefs, though it leaves open how the DfE can rectify this."

Mr Evans said the ruling provided another opportunity for the Government rethink its whole approach to the teaching of religion and belief in schools.

"The school curriculum should not be used as an opportunity for special interest groups to propagate their faith and beliefs. It should offer a comprehensive and impartial study of human ideas and philosophy from a broad spectrum of stances – religious and non-religious alike in a new, reformed subject for all pupils."

David Wolfe QC, speaking for the three families who pursued the case, told the hearing that Nicky Morgan had failed to comply with "her duty of neutrality and impartiality as between religious and other beliefs".

According to the Telegraph, lawyers for the DfE had argued that "although some schools rely on the RS GCSE to discharge their duty to provide religious education at key stage 4 for 14 to 16-year-olds, provision has been made for non-religious beliefs to be studied and what is in a school's curriculum is a matter 'for local determination' by individual school authorities."

In response to the judgement the Department for Education said the ruling will not "affect the current teaching of the RS GCSE in classrooms".

A DfE spokesperson said: "Today's judgement does not challenge the content or structure of that new GCSE and the judge has been clear it is in no way unlawful."

Read the DfE's response to the ruling