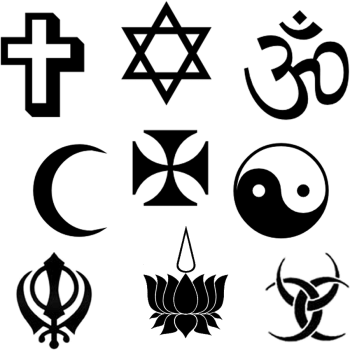 The National Secular Society has reiterated calls for a fundamental reform of religious education in schools, as three families mount a legal challenge over the Government's exclusion of humanism from the GCSE RS syllabus.

One parent explained, "What I object to is the lack of parity between religious beliefs and non-religious worldviews in the school curriculum, which in the eyes of children may well lead to the belief that religion, in whatever form, has a monopoly on truth and on morality.

"This is not accurate, it reflects neither the views of the population nor the traditions of the country, and we shouldn't be encouraging our children to believe it."

The parents are taking the Government to the High Court under the European Convention on Human Rights, with support from the British Humanist Association.

The curriculum was criticised by the National Secular Society when the plans were first announced for its exclusion of non-religious perspectives. The NSS warned the Government against a subject content that contained "no systematic study of secular ethics or non-religious worldviews".

In addition to the legal challenge about the exclusion of non-religious perspectives, a second controversy over the new GCSE subject content erupted after the Catholic Education Service (CES) announced that Judaism would be the second religion studied in Catholic faith schools, rather than Islam. Many Catholic schools have an overwhelming majority of Muslim pupils, (sometimes up to 90% of children), and the former secretary general of the Muslim Council of Britain said it was "very disappointing" that they would not have the chance to study Islam as part of the GCSE syllabus.

When the Department for Education consulted on the plans in December 2014, the NSS warned that the narrow focus on just two religions would not deliver a "well-rounded education" as the DfE claimed, and that schools (including faith schools) would still be able to offer GCSE and A Level options "dominated by a single religious tradition".

The NSS said that plans to restrict the subject content to two religions, with philosophy and ethics relegated, would make the GCSE less educationally valid, less relevant and risked "inflicting long-term damage on an already contested and much maligned subject area".

In response to the DfE consultation the NSS called for a complete reform of the way religious and belief is taught in schools.

Stephen Evans, National Secular Society campaigns manager, commented: "The concept of 'religious education' has for too long allowed religious ideas to be ring-fenced for privileged treatment in schools. The subject is clearly regarded by both parents and religion and belief communities as an opportunity to reinforce and enhance their own influence throughout the education system. This needs to change.

"Students and wider society would be better served if religious education was replaced with a new National Curriculum subject for all pupils that covers a broader spectrum of human ideas and thought. This could encompass both religious and non-religious worldviews."