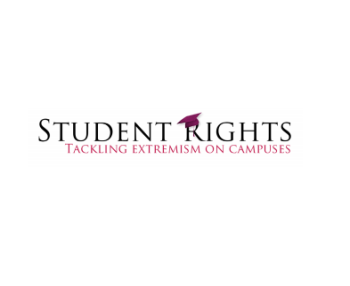 New research has warned that a 'culture conducive' to non-violent extremism has emerged on campuses and that universities are still vulnerable to radical preachers, despite past warnings.

Student Rights, a group dedicated to protecting "equality, democracy and freedom" from extremism operating on university campuses, has released a new report on extremism and Higher Education in the UK, and warned of a widespread "culture" in Higher Education which allows for the promotion of non-violent extremism.

The report, Preventing Prevent? Challenges to Counter-Radicalisation Policy on Campus, warns that "extreme or intolerant speakers" are still being invited onto campuses, that "extremist material" is being shared on the social media pages of student societies and that institutions were being targeted by extremist activists from both the far-right and by Islamists.

The group has logged 400 instances of extremist speakers appearing on UK campuses in 2012-14 alone.

According to the new research, "The speakers featured have suggested that there is a Western war against Islam; supported individuals convicted of terrorism offences; expressed intolerance of non-believers and/or minorities; and espoused religious law as a method of socio-political governance – opposing democracy in the process."

The report notes the high volume of students involved in Islamist inspired terror attacks who were studying at UK universities when they were believed to have been radicalised.

Events were "most likely to take place in London," and several guest speakers appeared in reports repeatedly. The University of Westminster, Queen Mary University of London, the School of Oriental and African Studies, Aston University and King's College London among others all featured regularly in lists of 'worst offenders' for the number and type of events held with radical preachers.

From data gathered at universities across the UK, the report found that the majority of events with extremist speakers "host just one orator, and rarely act as debates. Instead, they tend to function as unchallenged platforms where extreme or intolerant speakers are presented as religious or political authorities."

In contrast, the report also notes instances of secularist speakers and atheist students being harassed or having their events "violently threatened" by Islamists.

NSS spokesperson Stephen Evans commented on the report's findings, "while secularist and non-religious groups regularly face difficulties, including harassment and threats from Student Unions and university officials, it seems like many Higher Education institutions are still turning a blind eye to Islamist extremists.

"The director of the London School of Economics recently suggested that atheists on campuses were becoming 'militant'. It is farcical that such a claim should be made, much less at a time when so many institutions are allowing non-violent extremism to manifest itself so freely on their campuses."

The report warns that "malicious narratives" about Prevent are impeding its effectiveness and notes that "criticisms have predominantly focused on the claims that Prevent is a racist policy which portrays Muslims as a suspect community" The research notes that "many of these criticisms appear to have been directly influenced by extremist groups, which have made opposition to the Prevent strategy a significant campaigning platform.

A letter against the Prevent strategy was released by the Independent on Friday 10 July, and alongside academics it included signatories like Haitham al-Haddad and Asim Qureshi of CAGE. There was a furore in February 2015 after Al-Haddad was invited to speak at the University of Westminster Islamic Society. The radical preacher previously said he believes homosexuality is a "criminal act".

Student Rights also notes that the NUS has voted to work with CAGE, an example, the report, says, of student groups pledging to collaborate with "extremist groups which promote these narratives" about Prevent.

Student Rights warns that much "student criticism of Prevent has been influenced by extremist narratives" and calls for more work on "identifying the relevant narratives which work to undermine the strategy". It also urges universities to foster an atmosphere "which encourages and supports students who seek to challenge extremist speakers and material" and for a "sector-wide speaker policy."

Counter-extremism think tank Quilliam has revealed plans to launch several student-affiliated societies at British universities, in an effort to counteract the spread and reach of radical thought on campuses. One proposed Quilliam Foundation society at the University of Exeter would champion "liberalism, human rights, free speech and pluralism."