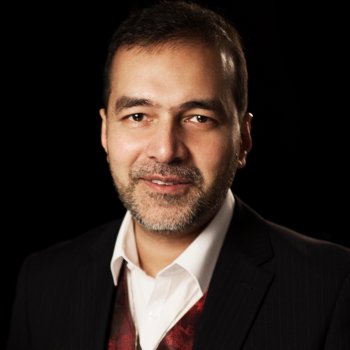 An Islamic scholar has said he is willing to go to prison to defend the free speech of Northern Ireland Pastor James McConnell, who is being prosecuted for comments he made on Islam.

Dr Muhammad Al-Hussaini has penned an article for the Belfast Telegraph in which he strongly criticises the decision to prosecute Pastor James McConnell, after the Pastor described Islam as "Satanic" and "heathen".

McConnell refused to accept a police caution for his sermon, and the case is now going to court. He is charged with sending a "grossly offensive" communication under the 2003 Communications Act.

The National Secular Society has written to the Director of Public Prosecutions for Northern Ireland urging him to reconsider the decision to prosecute Mr McConnell.

Dr Al-Hussaini called the decision to press ahead with prosecution "extraordinary" and said it was "quite contrary to our country's tradition of freedom of expression."

He said, "It is of utmost concern that, in this country, we uphold the freedom to discuss, debate and critique religious ideas and beliefs - restricting only speech which incites physical violence."

The imam, a Senior Fellow at the Westminster Institute, said the case threatened freedom of religion and belief, and added, "I strongly uphold the moral right of Pastor McConnell and myself, as Christian and Muslim, to disagree about matters of doctrine and belief".

He said it was a matter of "deep dismay" that a "fellow citizen is being subjected to criminal proceedings, when at no time have any of the statements he has made incited to physical harm against anyone."

"If Pastor McConnell is convicted and imprisoned, I shall go to prison with him," Dr Al-Hussaini added.

"Where it pertains to Pastor McConnell's sermons about other Churches and faiths, I hear the hurt caused in the past to some Catholics and now some Muslims.

"But a free and democratic society enters into severe peril when it starts to confound what we perhaps ought or ought not to say, with what in law we are allowed to, or not allowed to say."

Stephen Evans, the National Secular Society's campaigns manager, commented: "We very much welcome Dr Al-Hussaini's robust defence of free expression. The Public Prosecution Service for Northern Ireland's authoritarian use of a sweeping law to curtail free expression in this way should concern us all.

"By allowing the weapon of 'offence' to be used to silence the likes of Pastor James McConnell, the PPS is trampling over everyone's fundamental right to freedom of expression and we urge it to think again.

"However offended some may feel by criticism of their beliefs, in an open and free society, the law should not be used to insulate them from feeling offended."

Secularists, evangelical Christians, Catholics and Muslims, among others, have all now spoken out to condemn the prosecution and to defend free speech.