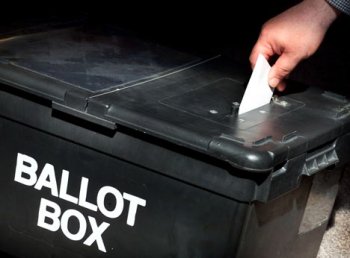 The Church of England has published a letter advising Church members on the upcoming election, in a move which has drawn significant criticism.

The letter urges a "new kind of politics" and calls on Christians to use their votes "prayerfully".

The letter says that the claim "religion and politics cannot mix" is a "view largely confined to the modern-day European context", and asks how "Christian men and women [should] approach the General Election". The Church argues that "the claim that religion and political life must be kept separate" is "frequently disingenuous".

The NSS has raised concerns that, whilst the Church and religious figures certainly have a right to speak out on political issues, Church of England bishops speak from a privileged position, not least because the Church has 26 seats in the House of Lords, and because the Government defers to religious leaders, despite church attendance and religious belief both consistently dropping.

NSS president Terry Sanderson commented, "The Church of England has as much right as any other organisation to speak out in the run up to the general election" but he added that the Church was out-of-touch with public opinion. He said, "The Church of England has recently opposed marriage equality and research into mitochondrial disease, two things that the population at large did not agree with it over. Society can operate morally without church input. Sometimes it is more moral when it disregards the Church's input."

Dr Alan Wilson, the Bishop of Buckingham, told the BBC that the Church was "not telling people how to vote but why to vote." He added that it would be an "abdication of responsibility" if the Church did not discuss politics.

However, the letter drew criticism from Conservative MPs and Nadine Dorries accused the Church of diving in to a political debate, stating that it no right to lecture politicians as it had only recently "accepted women as equals".

The Telegraph reports that the Church's letter "raises the prospect of the Church actively campaigning for the EU in the build-up to the in-out referendum promised by David Cameron."

Whilst Nadine Dorries accused the letter of having a "very definite left-wing leaning to their message", most Anglican voters are likely to support the Conservative Party.

Terry Sanderson argued before the 2010 General Election that "religious people have voted and intend to vote in almost exactly the same way as the population at large" and pointed out that speaking of, or cultivating, a 'religious vote' was nonsensical. Research released by the think-tank Theos in 2014 also made this point. Theos research director Nick Spencer said that religious block votes do not exist, but there are "alignments between various religious and political camps".

The letter can be read here.