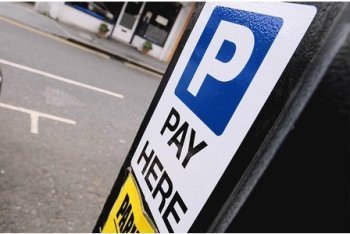 Christian groups have responded angrily to plans by Edinburgh Council to abolish free parking on Sunday mornings. Council leaders however, have insisted that Edinburgh is a "secular city" and that churches can't get "special treatment on parking."

Free parking was previously capped at two hours on Sundays, with fines only coming into force after 1pm, in part because churches were said to be "very unhappy" about their parishioners having to pay for tickets.

City planners now intend to abolish free parking on Sundays altogether, in order to increase the turnover of spaces and the number of customers for local businesses.

Churches have strongly criticised the planned move, with Paul Rees, the senior pastor at Charlotte Chapel, and Derek Lamont, Free Church minister of St Columba's Church, arguing that the abolition of free parking would decrease attendance at church services and would "threaten" Edinburgh Christians.

Pastor Rees, in a meeting with councillors responsible for the planned change in policy, said that the church's charity work in the community would be undermined if Christian worshippers had to pay to park their cars.

Rees said: "Having vital living congregations in the city centre is not only an important factor in maintaining the historic architecture of this city but it also nurtures and supports society.

"I think all this will be threatened by imposing Sunday parking charges."

According to Edinburgh Evening News, Pastor Rees said it would be "unreasonable" to expect families with children to use public transport to attend church, and that people attending from outside the city would "struggle" to pay for parking.

Rees added: "Parking costs for many of them for three or four hours would be prohibitive, and would have a damaging effect on our city centre churches.

"At the moment there is still a different character to Sunday that adds a different dimension to our life in this city, and I think it would be undermined by treating it as just another day of the week."

However, councillors are said to feel that maintaining free Sunday parking because of a single religious group may be contrary to the 2010 Equality Act.

Councillor Adam McVey, speaking to church leaders, said: "it's worth mentioning that we're a secular city."

Stephen Evans of the National Secular Society said: "There's no reasonable justification for exempting religious worshippers from paying car park fees that everyone else has to pay. It seems only right that there is one set of rules for all.

"If a local authority was to make allowances for those carrying out charitable work, then fine, but those exemptions should apply to those actually doing charitable work, not worshippers. Religious leaders can't expect special treatment for their congregations just because they deem their activities to be more worthy than everyone else's."

In 2013 Woking Borough Council in England revised its policy that granted car parking exemptions to religious groups after the National Secular Society argued that it amounted to discrimination on the grounds of religion and belief.