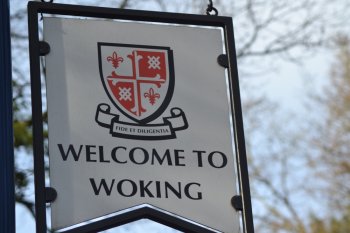 Woking Borough Council has issued a 'clarification' on its policy that grants car parking exemptions to religious groups. The move follows the threat of legal action from the National Secular Society.

In July 2012 councillors in Woking adopted a controversial new policy which offered free parking concessions to worshippers. The National Secular Society subsequently launched a legal challenge against Woking Borough Council claiming that allowing free parking for worshippers amounted to direct discrimination on the grounds of religion and belief and contravened the Equality Act.

Councillors in Woking have responded by amending the policy which now clarifies that members of other community groups who promote social inclusion and undertake voluntary work may also park free of charge in the Council's car parks. The decision as to which groups (faith or community based) are allowed free parking will continue to be for the Council to determine on an individual basis.

Keith Porteous Wood, executive director of the National Secular Society, said: "We are pleased that the council has responded to our allegations of unlawful discrimination by revising its policy parking charge exemptions.

"We will postpone any court action until we can assess how the new policy works in practice."

A copy of Woking's revised policy showing the amendments can been found here.