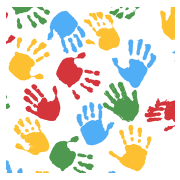 The Office of the Schools Adjudicator (OSA) has instructed two Jewish faith schools to revise their admissions policies after it found they breached the Admissions Code, with one of the schools found to have a policy which amounted to "discrimination on the basis of race."

In their most recent finding, about King David High School, the OSA wrote that "Jewish Schools cannot base their oversubscription criteria on whether a child is halachically Jewish." The school in question is an Orthodox Jewish Academy.

The complaint was brought about by the Fair Admissions Campaign, who argued that "Orthodox Jewish synagogues typically (if not always?) refuse membership to individuals on the basis of whether or not an individual's mother is Jewish." Given this, the Fair Admissions Campaign questioned "whether giving preference to children who have a parent who is a member of an Orthodox Jewish synagogue makes it much harder for children whose mother is not ethnically Jewish to gain admittance, and therefore is discrimination."

In response, the OSA determined that "in significant ways the admission arrangements for King David High School do not comply with the requirements relating to admissions. The faith-based oversubscription criteria cannot be based as now on membership of a synagogue and the oversubscription criteria as whole lack the required clarity and objectivity."

The Fair Admissions Campaign also argued that the admissions policy "requested other information which was not necessary to apply the oversubscription criteria. This included the child's gender, details of both parents/guardians, whether the child resides with their natural parents and whether parents/guardians reside at the same address and the mother's maiden name."

The OSA concluded that this "information is not necessary to apply the admission arrangements" and cited guidance that states that admissions documents "must not ask for 'any personal details about parents and families, such as maiden names … marital status."

The OSA also concluded that this additional information "is not necessary to apply the oversubscription criteria and which cannot therefore be lawfully sought."

The objection from the Fair Admissions Campaign was "partially upheld" and the OSA determined that "the arrangements for both years do not conform with the requirements relating to admissions arrangements."

On 8 December 2014, the OSA published a similar finding about the Yesodey Hatorah Senior Girls School.

Yesodey Hatorah, a strict Charedi school, stated that "Charedi homes do not have TV or other inappropriate media and parents will ensure that their children will not have access to the internet and any other media which do not meet the stringent moral criteria of the Charedi community."

The school also said that "families will also dress at all times in accordance with the strictest standards of Tznius (modesty) as laid down by the Rabbinate of the Union of Orthodox Hebrew congregations."

The school's admissions documents included a statement for parents to sign that said "I/We understand that if at any time I/we do not conform to the standard set by the Rabbinate this endorsement will be rescinded." The OSA adjudicator wrote that "I was concerned that this could imply that a place might be removed perhaps even after a girl had started to attend the school. The circumstances in which offers of places can be withdrawn once offered … do not include where parents change their religious practice." Yesodey Hatorah was thus required to changes its admissions documentation "as quickly as possible."

According to The Hackney Citizen the school's headteacher, Rabbi Abraham Pinter, argued that the admissions policy was "academic" and, due to the school being undersubscribed, was "untested."

In conclusion however, the OSA wrote that "the arrangements for this school do not conform in a significant number of ways with the requirements relating to admissions. The fact that the school is not usually oversubscribed does not relieve it of the duty to have Code compliant arrangements." The objection was therefore partially upheld.

Yesodey Hatorah has been embroiled in a long-running row over the redaction of exam questions, followed by Rabbi Pinter telling students not to answer exam questions which conflicted with the school's religious "ethos." The Schools Minister has now written to the Rabbi.