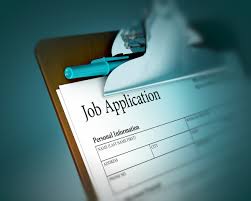 The cabinet of the Irish Government will decide next week whether to approve an amendment to employment equality law that will prevent religious organisations from dismissing staff on such grounds as being a lone parent or a divorcee, or on the basis of sexual orientation.

The amendment is to be jointly brought to Cabinet by the Minister for Education Ruairí Quinn and Minister for Justice Francis Fitzgerald. If it is accepted, it will be debated by Parliament in the autumn.

Mr Quinn has already pledged to repeal Section 37 of the Employment Equality Act 1998 to eliminate legalised discrimination against lesbian, gay, bisexual transgender (LGBT) people in the education and healthcare sectors.

The amendment will ensure that religious-run, or controlled, schools or hospitals can no longer maintain their general opt-out from anti-discrimination laws.

At present, educational or medical institutions run by religious organisations are allowed to discriminate "in order to maintain the religious ethos of that institution".

This effectively allows for discrimination against those whose sexuality or family status, for example, is not perceived as conforming with the religious ethos.

Previous bills aimed at removing this exemption have failed in the face of strong opposition by religious interests.

Terry Sanderson, President of the National Secular Society, said: "The Irish Government is giving a real lead in removing these unjustifiable privileges that cause so much injustice to people who simply want to do their jobs."