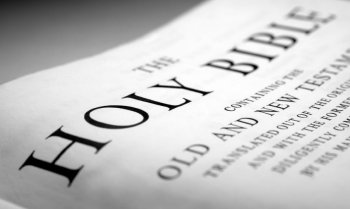 Greater Manchester Police have awarded a Christian street preacher £13,000 in compensation after he was put in a cell without food and water for 19 hours for preaching against homosexuality.

Two teenagers complained to the police that they felt insulted after hearing John Craven preaching biblical condemnation of homosexuality in a Manchester Street. Mr Craven was arrested under the Public Order Act and detained in a police cell, without access to the medication he takes for arthritis.

The Christian Institute took up Mr Craven's case and said that the police had wrongfully arrested and imprisoned him and abused his human rights. The police settled the matter before it came to court, and will have to pay in excess of £50,000 in court costs.

When the teenagers had approached Mr Craven in September 2011, they had asked him what he thought of gay people. Mr Craven quoted condemnatory biblical verses and they responded by kissing in front of him and mocking him. He was then arrested by Police Constable Alistair McKittrick for a public order offence after the two teenagers told the officer that they felt insulted by Mr Craven's comments.

In his witness statement, Mr Craven said that after the police constable dismounted from his horse, he "grabbed" Mr Craven "roughly by the arm", arresting him for "public order offences".

Mr Craven said that "The officer did not ask for my name or address...I remained calm and co-operative even though I was being handled very roughly by the police officer."

The police, however, claimed that the arrest was necessary for "a prompt and effective investigation", but Mr Craven said they failed to tell him this at the time of the arrest.

Mr Craven was arrested under section 4A of the Public Order Act 1986, which criminalises the use of insulting words with the intention of causing harassment, alarm or distress.

Section 5 was recently amended by Parliament because of the large number of cases where free speech had been infringed. Campaigners – including the National Secular Society - said at the time that Section 4A might also need to be amended.

As a result of the reform of Section 5, the College of Policing has issued new guidance telling officers that they are not allowed to arrest people simply because others find their words or behaviour insulting.

Terry Sanderson, President of the National Secular Society, said: "We fought along with the Christian Institute to have Section 5 of the Public Order Act amended to protect free speech.

"But free speech belongs to everybody, even those you disagree with, and so we support the right of street preachers to quote the Bible without having their collars felt.

"So long as they stay within the law, don't incite violence or mayhem, they should be able to make whatever point they want, and their opponents should be able to respond without causing a disturbance or calling the police. Being insulted is not a good enough reason to have someone thrown into a police cell."