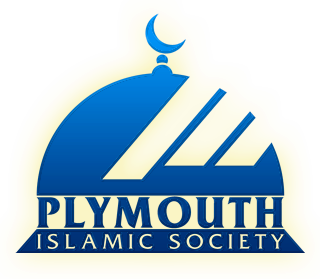 Students from the University of Plymouth's Islamic Society failed in their efforts to get a speaker from the anti-extremist think tank Quilliam banned this week. They wanted his talk cancelled because he failed to condemn Maajid Nawaz's tweeting of the Jesus and Mo cartoon.

The talk by Sheikh Dr Usama Hasan, a senior researcher in Islamic Studies at Quilliam was on the topic of Islam and democracy in the wake of the Arab Spring.

But the Islamic Society organised a protest, attended by about 30 people, claiming that Dr Hasan has not condemned the actions of Quilliam co-founder Maajid Nawaz, a Lib Dem parliamentary candidate for Hampstead and Kilburn. Mr Nawaz has received death threats and much abuse for saying that he did not find a Jesus & Mo cartoon offensive. He has written about the experience in The Guardian.

The Islamic Society had been pressing the University's Vice Chancellor, Wendy Purcell, to cancel the talk claiming that the Quilliam Foundation was promoting "Islamophobia".

In a template letter it encouraged others to send to Ms Purcell, the Society says:

"The decision to invite a member of the Quilliam Foundation by our chaplain David Evans has been extremely misjudged and we fear that if this invite is not withdrawn, a long term feeling of mistrust and suspicion will arise between the Muslim student community and the chaplaincy – the very chaplaincy set up to create a safe environment for the faithful and inter-faith cohesion.

"I would request that you consider the withdrawal of the invitation of Usama Hasan of the Quilliam Foundation and cancel the event. This would be a clear statement that the university listens to the concerns of its students and cares about the peaceful and cohesive environment we enjoy on campus".

Islamic Society spokesman Yusef Chambers, a senior figure in the extremist group Islamic Education and Research Academy (iERA), claimed that he had the support of the wider community: "It's not just Muslims – it's the community out there saying no". However, few people from the "community" turned out to support the protest.

A spokesman for Plymouth University said it hosted "hundreds" of events each year, attracting "high profile guest speakers" and these events played a key role in "stimulating debate and encouraging individuals to think for themselves, broaden their horizons and make sense of the world in an informed manner".

The spokesman added: "This does mean that some topics may not be of interest to everyone, suit their tastes, or be in keeping with their ideologies, which is something we understand and respect. We rigorously consider the appropriateness of any event or guest speaker in balancing our obligation to uphold the principles of free speech with our duty of care to students, staff and the community".

Terry Sanderson, president of the National Secular Society, said: "I am pleased to say that this particular attempt to stifle free speech. By all means let the Islamic Society students peacefully protest and make their feelings known, but any attempt to silence debate must be fiercely resisted. Quilliam is trying hard to promote a more moderate face for Islam – and incidents like this show how essential its work is".