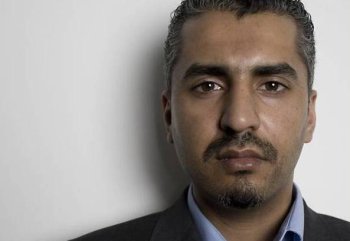 A petition has been set up on Change.org in support of Maajid Nawaz, the Liberal Democrat Prospective Parliamentary Candidate for Hampstead and Kilburn, who posted an innocuous 'Jesus and Mo' cartoon on his Twitter timeline and stated that he, as a Muslim, was not offended by the content.

His tweet followed a BBC Big Questions programme in which the cartoons were discussed and Maajid Nawaz was included as a studio guest. The cartoon depicts Jesus and Mo saying 'Hey' and 'How ya doin'" to each other.

Maajid is the co-founder and chair of the anti-extremism think tank Quilliam.

Following his tweet on 12 January, Mohammed Shafiq of the Ramadhan Foundation, Muslim commentator Mo Ansar and Bradford Respect MP George Galloway all took to Twitter calling for calling for Maajid Nawaz to be ousted from the post of the Liberal Democrats' PPC. A petition was then set up calling on Nick Clegg to remove Nawaz.

A counter petition has now been set up calling on the Liberal Democrats to give Nawaz their full support.

Organisers of the petition said: "Islamists and political opponents have mounted a campaign against Maajid Nawaz, resulting in numerous threats to his life. We note that this campaign, rather than being based on legitimate concerns of Muslims, is a political campaign which is being spear-headed by a group of Muslim reactionaries with a track record of promoting extremism. They are seeking to use Muslim communities in order to whip up hatred against a liberal and secular Muslims. We are concerned that this campaign will also be used by anti-Muslim extremists as evidence of Muslim intolerance and incompatibility with liberal values which could, in turn, fuel anti-Muslim bigotry."

Stephen Evans, campaigns manager at the National Secular Society said: "We simply can't have a climate where politicians are intimidated into silence by people who believe they have a right not to have their religious sensibilities offended. Anything other than complete Liberal Democrat support for Maajid could have a very chilling effect on free speech in this country."

You can add your name to the petition in support of Maajid here.