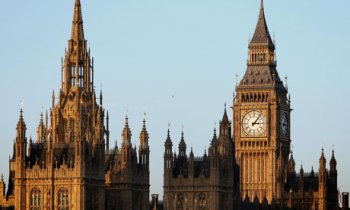 Attendees at this year's National Parliamentary Prayer Breakfast have been urged to speak out about their faith in the public sphere.

An audience of around 600 people, including a number of MPs, gathered at the Houses of parliament to hear keynote speaker Professor John Lennox from Oxford University describe atheism as a "delusion" and a "fairy tale for those afraid of the light".

Professor Lennox accused new atheism of being responsible for 'the moral drift' in today's society and called on Christians to find the courage to create the public space for discussion on the biblical worldview.

Professor Lennox said "No one seems to have a problem in the UK with doing atheism in public – why, then, should we be ashamed to do God?"

This year's event, organised by the Bible Society and held in Westminster Hall, was chaired by Liberal Democrat President Tim Farron MP. Speaking at the prayer breakfast, Mr Farron said: "'Christianity is not a bit true. It's either wrong or utterly compellingly true"

Also on the panel was Telegraph columnist Cristina Odone. Ms Odone warned, "There is a steady and stealthy erosion of Christianity whether its rights, language, symbols from public life. I think we are in danger of thinning out that religious presence, of Christian presence from everyday existence".

In a statement marking the occasion, prime minister David Cameron, said: "It is encouraging that Christianity still plays such a vital role in our national life. We are a country with a Christian heritage and we should not be afraid to say so."

Stephen Evans, campaigns manager at the National Secular Society, said: "There's something very disconcerting about seeing Parliament used to fuel culture-war politics in this way. Christianity is just one influence among many that shape our current ways of life; Britain is a multifaith nation with large sections of the population not holding any religious beliefs. This sort of event only serves to encourage division between believers and non-believers – Members of Parliament should think twice about their involvement."

View photos from the event