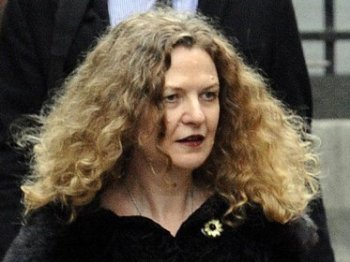 Joan Smith, an honorary associate of the National Secular Society, has been announced as the new co-chair of the Mayor of London's Violence Against Women and Girls Panel (VAWG).

The panel brings together representatives from a number of sectors across London: Councils, police, health services, London Criminal Justice Partnership, Association of London Directors of Children's Services, and those from the voluntary sector who specialise in tackling violence against women.

The panel's role is to improve the ways in which the city tackles and, ultimately, prevents violence against women. Smith notes that as part of its ambitions, the panel seeks to ensure a consistent service across London for victims of sexual and domestic abuse, to look into setting up special courts for sexual offences, to ease the ordeal of giving evidence, and support women who want to leave prostitution. Another priority is to ensure successful prosecutions for female genital mutilation (FGM); this comes within the context of no one ever having been on trial for, let alone convicted of, the crime in the UK - despite the practice having been outlawed since 1985.

The need for the Mayor's panel is very real - just last year in London: there were 48,873 domestic violence crimes reported to the Metropolitan Police, nationally the police remain unaware of 81% of domestic abuse victims; 3043 rape offences, 7,982 serious sexual assaults and 1780 other sexual offences were reported; there were 447 trafficking for sexual exploitation offences reported; and 21% of the 1485 cases of forced marriage recorded across the UK were identified in London.

Smith says of the role, "I've spent a great deal of my career writing about violence against women... So I didn't think twice when I was approached to become co-chair of the Mayor of London's Violence Against Women and Girls Panel….It's both daunting and exciting, a once-in-a-lifetime opportunity to have a practical effect on something I've cared passionately about all my adult life".

Joan Smith's 'The Public Woman' is out now, and available to buy on Amazon