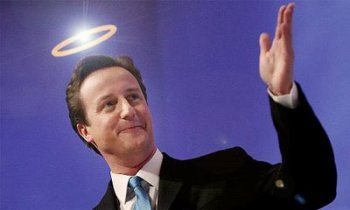 Prime Minister David Cameron held yet another reception at Downing Street for religious leaders this week.

In an effort to build bridges after the controversy over his proposals to introduce same-sex marriage, Cameron said he was "looking forward to the enthronement of the new Archbishop of Canterbury". He said the inauguration of the new pope had been "a great week for Christians".

He told the religious big-wigs: "This government does care about faith. It does care about the institutions of faith, and it does want you to stand up and oppose aggressive secularisation."

One guest present was Chris Mould, executive chairman of the Trussell Trust, which runs a UK network of food banks.

The prime minister reminded his audience that in a "difficult budget" today, the government had reaffirmed its commitment to increasing overseas aid. He said he'd raised religious freedom on visits to Egypt and Pakistan. "Wherever we go, we stand up for the right of Christians to practice their faith," he said.

At a similar event last year, Cameron attacked the NSS's campaign to end prayers as part of the agenda of council meetings.

The prime minister said he viewed Easter as the most important Christian festival.

"It's all about, for me, the triumph of life over death," he said. "Which in politics is always useful." 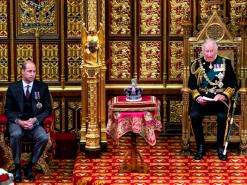