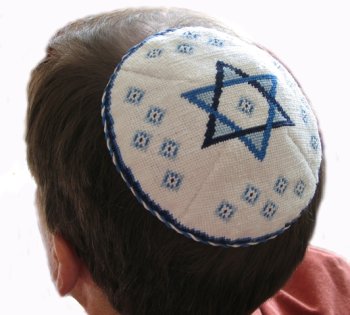 YouGov has been conducting surveys on public attitudes to the wearing of religious clothing and symbols in the workplace. The polls were taken in the light of the four cases recently heard in the European Court of Human Rights.

In the study, opinion was sought about the entitlement to wear three religious items (a chain necklace with a Christian cross, a Jewish kippah/skullcap, and an Islamic burka) in four professional situations: flight attendant, nurse, teacher, and accountant.

The survey found people are more receptive to accountants being entitled to wear religious symbols than the more public facing professions such as nurses, teachers and flight attendants.

Across all four professions settings it found that people were more comfortable with crosses and kippahs being worn that the burka.

People were generally happier with a flight attendant wearing a cross (80% approval) than a nurse (70%) which reflects to some extent the results of the court cases, when Nadia Eweida of British Airways won her case and nurse Shirley Chaplin lost hers.

Overall only 27% of people thought it was okay for people to wear a burka at work, with a nurse in a burka likely to gain least approval (18%) with a teacher not far behind at 22%.