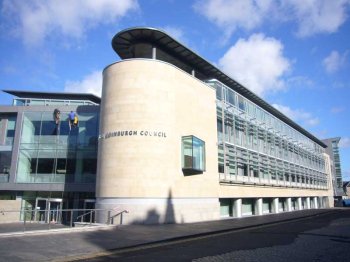 The National Secular Society has welcomed an announcement from Edinburgh City Council that new ten minute "Pause for Reflection" sessions will be held before council meetings in place of prayers during them.

The sessions will continue to feature contributions from religious groups, while expanding the offer to participate to other belief and secular groups, voluntary organisations, societies and visiting public figures to the City. Attendance at the sessions will be optional.

The move follows a judicial review initiated by the National Secular Society to challenge the practice of prayers as part of the formal business of council meetings in Bideford Town Council (Devon). The High Court ruled that prayers during council meetings were unlawful under section 111 of the Local Government Act 1972.

Conservative Councillor Jeremy Balfour challenged the relevance of the English ruling and said councillors should be allowed to make the decision. However, as the National secular Society made clear in its representations to the council, the relevant wording of s. 111 is repeated in s.69 of the Local Government (Scotland) Act 1973.

Alistair McBay, National Secular Society spokesperson for Scotland, said: "We welcome Edinburgh City Council's removal of prayers from the body of the meeting and the introduction of the optional, more inclusive Pause for Reflection that will now precede meetings. It will permit councillors and members of staff who do not wish to participate in prayers from having to do so without having to absent themselves."

Donald Wilson, Lord Provost of the City of Edinburgh, said: "As a council, we have a duty to respect the beliefs, opinions and interests of all our residents, which is why this review of the current Prayers at full council meetings seems entirely appropriate.

"The Capital coalition recognises that there has been a feeling of "disconnection" in the past among a certain proportion of the city's citizens in relation to the local authority that serves them. My express goal is to restore that sense of shared belonging so that everyone feels included."