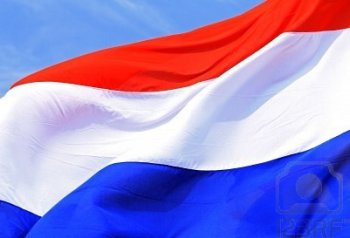 A fundamentalist Christian political party is holding the Dutch Parliament to ransom as it forces a backtracking on the abolition of blasphemy laws.

The Dutch conservative Liberal Party VVD (People's Party for Freedom and Democracy) has dropped its support for new legislation which would remove the blasphemy law from the statute books, according to D66 parliamentarian Boris van der Ham (D66 is another liberal party to which National Secular Society Honorary Associate Sophie in 't Veld belongs).

"The VVD has had doubts for some time but has now confirmed it will no longer support the legislation," Van der Ham said in a statement. "I hope other secular parties keep to their positions so there is still majority support."

However, according to the daily newspaper NRC, the bill still has to be discussed by VVD parliamentarians. A VVD spokeswoman told news agency Novum no decision has yet been taken on whether or not to still support the bill.

Commentators say the VVD's apparent change of heart is due to its reliance on the fundamentalist Christian SGP which holds the balance of power in both the upper and lower houses of parliament.

The draft law was drawn up in 2009 by the Liberal democrats D66, the VVD and Socialist Party. However, doubts about VVD support first emerged in May 2011 because the government needed the support of the SGP to ensure majority support in the senate.

'The VVD has already withdrawn its support for further liberalisation of Sunday shopping. The party also agrees that civil servants can refuse to marry gay couples on religious grounds. Where will Liberal Mark Rutte draw the line?' the NRC quotes Van der Ham as saying.

Now the VVD has dropped its support, Geert Wilders' anti-Islam PVV could hold the key. The party said in the past it favoured decriminalising blasphemy but has since gone silent on the issue, Nos television reports.

The SGP believes theNetherlandsshould be governed according to Biblical principles and has two seats in the lower house of parliament and one in the senate.

The draft legislation is due to be voted on in parliament shortly.