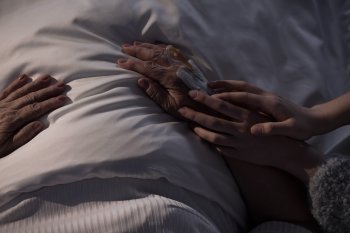 Bills to legalise assisted dying have again been lodged both at the Scottish and Westminster parliaments, raising hopes of a political breakthrough.

In Scotland, proposals to introduce the right to an assisted death for terminally ill, mentally competent adults have been brought forward by Liberal Democrat MSP Liam McArthur, with the support of a cross-party group of MSPs. Meanwhile, the UK parliament will soon consider a private member's bill from crossbench peer Molly Meacher to "legalise assisted dying as a choice for terminally ill, mentally competent adults in their final months of life".

By her own admission, Baroness Meacher's bill is "modest in its scope". Two independent doctors and a High Court judge would have to assess each request, which if granted would enable a terminally ill person with six months or less left to live, to end their life in a manner, time and place of their choosing.

Despite the bill's narrow scope and stringent safeguards, it is likely to face dogged opposition, with organised religion leading the charge.

Some of that opposition is likely to come from a new all-party parliamentary group on "dying well", set up to "stand against the legalisation of assisted suicide" and "promote access to excellent care at the end of life".

The group's website makes no mention of religion. But it's striking that the vast majority of its officers appear to be committed Christians.

Beneath all their secular rationale against assisted dying, is there perhaps a desire to impose a Christian worldview on the general populace?

Legal reforms to allow choice at the end of life can be seen as part of the much larger struggle against religious authority and the idea that life and death are for God alone to determine.

If you think God is (or should be) supremely in control, the societal shift towards respect for individual autonomy may be problematic. But in a secularised society, biblical perspectives and faith-based 'sanctity of life' arguments hold little sway. As the former second church estates commissioner (the parliamentary go-between between church and state) Caroline Spelman complained during the 2015 House of Lords debate on assisted dying: "The view that life is a gift from God with all that it entails, including pain and suffering, and that it is not for us to bring it to an end, is perceived to be at odds with the prevailing view of our rights, including a perceived right to end our own life." Therefore, religious opponents of assisted dying increasingly cite secular 'slippery slope' concerns instead, warning of widespread abuse of vulnerable people.

Such concerns may be legitimate but can surely be addressed by carefully thought through safeguards – tried and tested elsewhere, in other jurisdictions where forms of assisted dying are permitted. There's space for reasonable discussion over the impact of these safeguards and how far they should reach. But where politicians doggedly insist that it's impossible to apply them, it suggests an unwillingness to respect individual autonomy in any circumstances. This is a hallmark of attempts to impose a religious agenda on those who don't share it.

Faith-based opposition to assisted dying also leans heavily on improvements to palliative care, arguing that better 'end of life' care means nobody need die an agonising, drawn-out, undignified death. But as My Death, My Decision's campaign policy director, Phil Cheatle, has pointed out: "Palliative care is a wonderful service that helps many people – and could help even more with increased funding. But even the best palliative care cannot help in all situations." An insistence that it can may again be an indicator that religious objections are at the root of the opposition.

Organised religion has long been a barrier to progressive reforms. The last time assisted dying was considered in Westminster, the archbishop of Canterbury Justin Welby, the archbishop of Westminster Vincent Nichols and the chief rabbi Ephraim Mirvis led a multifaith coalition of faith leaders in opposing the bill.

But as with many other ethical questions, such as reproductive rights, the pontifications of religious leaders are often at odds with the views of those in the pews.

A Populus survey commissioned in 2019 found that 80% of religious people supported the legalisation of assisted dying for terminally ill adults with mental capacity. And a recent poll found that 53% people of faith felt religious leaders were wrong to campaign against the last assisted dying bill, while just 22% felt it was right.

And now, a new 'religious alliance for dignity in dying' has been formed to challenge the perception that religious people are universally against assisted dying.

The group's chair, Rabbi Dr Jonathan Romain, said: "We must puncture the myth that religious people oppose assisted dying. Anti-choice religious leaders and groups don't speak for the majority. We must work together to make the compassionate case for assisted dying."

The former archbishop of Canterbury George Carey is also part of the alliance. He says he's "painfully aware" that he's out of step with other Christian leaders "although, ironically, in step with the vast number of Christians who see the need for change".

As polarised as we may sometimes appear as a society, there is broad consensus on assisted dying.

Religious and non-religious people may find themselves torn between the instinct to sustain life and the wish to alleviate suffering. But as citizens and lawmakers grapple with these important questions, we need to ensure we're being guided by evidence and compassion, rather than religious dogma.

This isn't easy to guarantee in a country so steeped in religious privilege – where bishops enjoy seats as of right in the legislature, faith leaders are routinely treated with deference by the media and schools exist to promote religious worldviews.

Everyone should of course have their say. But religious leaders don't have a monopoly on morality. And we should beware attempts to impose their view of morality on those who want the option of an assisted death.