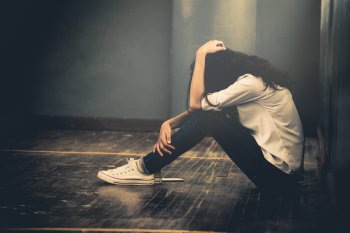 Every child has been withdrawn from sex education classes at an independent faith school. Megan Manson says the parental right of withdrawal is incompatible with children's right to an education that keeps them safe.

School inspectors recently concluded that leaders of an independent Orthodox Jewish faith school had "fulfilled their statutory responsibilities" regarding sex education – despite no children at the school taking any sex education classes.

According to its Ofsted report, Ateres Girls High School in Gateshead allows for sex education to be taught but all parents have withdrawn their children from these classes. That's nearly 250 teenage girls who are missing out on sex ed.

It is almost comical that Ofsted can consider this school to be fulfilling its duties to provide sex education when none of its pupils are actually studying it. But the implications of this are no laughing matter.

Sex education and the law

The requirement that all schools teaching secondary age pupils must provide sex education is relatively recent. It's thanks to the implementation of the Children and Social Work Act 2017, intended to promote the welfare and safeguarding of children.

The fact that this act includes a legal duty for schools to provide relationships and sex education (RSE) tells us something about the importance of RSE in keeping children safe.

Department for Education guidance further illustrates how sex education is, first and foremost, a form of safeguarding. According to the guidance, sex education should include information about contraception, pregnancy and abortion, sexually transmitted infections, LGBT+ orientations, abuse and violence within relationships, and where to get further advice on all these issues. This is all essential to prepare teenagers for adult life and to make sure the relationships they form are healthy and happy.

However, the Children and Social Work Act also requires that parents be given the right to request their child to be withdrawn from sex education. This is to accommodate parents, usually from conservative religious backgrounds, who object to their children learning about sex, even in an age-appropriate manner and in order to keep them from harm.

This is why Ofsted is technically correct about Ateres Girls High School. On paper at least, the school appears to be providing sex education. But the parents have en masse decided to exercise their right to bar their children from sex ed classes. To what extent the school has influenced this decision is unclear; the Ofsted report said the school's policy "anticipates that parents are likely to withdraw their child".

The case for ending the right of withdrawal

What happens when teenagers aren't given access to sex education? A recent report from Jewish counter-extremism group Nahamu revealed some of the dire consequences.

The report identified the lack of RSE as a key factor in forced marriage within Charedi ('ultra-Orthodox') Jewish communities. Charedi communities are notoriously insular and highly controlled by religious leaders. Access to information, be it via television, newspapers, the internet or books, is strictly limited.

Nahamu highlights that Charedi Jews typically marry young after a very short engagement and may not be made aware of the sexual aspects of marriage until the run up to their weddings. They may not understand the concept of consent or be able to recognise dangers such as domestic abuse or marital rape. This is why the report recommends that all RSE programmes, including in independent faith schools, include information about forced marriage.

But this is of little use if parents are able to withdraw their children from sex education. And as Nahamu makes clear, young people in conservative religious communities who are the most likely to be withdrawn from sex education are those who are in the greatest need of these classes.

Children from conservative Christian, Muslim and other religious backgrounds may also have this information withheld at their parents' wishes, and they too are vulnerable to issues around abuse and unhealthy relationships.

It is notable that while Ateres Girls High School did not fail its inspection in terms of sex education, it did fail to meet equality standards by refusing to teach about LGBT+ orientations. This too is a serious problem. Nahamu's report highlighted that the "total exclusion" of reference to LGBT+ people in Charedi communities means that LGBT+ Charedi Jews "face additional challenges and very serious issues of consent".

It is also common sense to make sure all young people are aware that LGBT+ people exist. Imagine being a teenage boy in a conservative religious community growing up to realise you are attracted to other boys rather than girls. Unless you're aware that homosexuality exists and that it is quite normal, completely harmless and nothing to be ashamed about, this could be a terrifying ordeal with serious mental health implications. It is also important for schools to challenge stigmatising and discriminatory attitudes that pupils may hold.

For these reasons, teaching about LGBT+ people is not optional – there is no right of withdrawal from this part of the school curriculum. In this case, the government has decided the right of pupils to an education that prepares them for adult life in the 21st century trumps the desire of communities to censor information about LGBT+ orientations for religious reasons.

Independent schools, religious or not, should retain greater freedom than state-funded schools over the content and delivery of their curricula. However, that freedom should not come at the cost of putting pupils' welfare at serious risk. Depriving young people, especially those in insular communities, of information about their own bodies and healthy relationships makes them extremely vulnerable to exploitation, abuse and entering marriages that they regret for the rest of their lives.

The right of parents to withdraw children from sex education is in direct conflict with the right of children to learn about a key facet of adulthood and how to protect themselves as they grow up. It's time for the balance of these rights to be shifted towards the children. All young people, whatever their religious or cultural background, should be given genuine and unconditional access to objective, inclusive and age-appropriate education about relationships and sex.