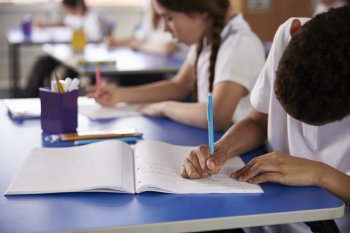 Former headteacher John Mapperley says the school he ran was given a vastly reduced range of options when considering academy status – and he believes the church puts its own interests above those of pupils.

I recently retired as the head of a voluntary controlled Church of England school near Nottingham.

During my time the local diocesan board of education (DBE), which oversaw Church of England schools in the area, had a strict policy of only allowing schools to become academies if they joined majority church-led multi academy trusts. This vastly increased the diocesan influence in VC schools at governance level and simultaneously held back the development of these schools.

Our governing body had three foundation governors (governors appointed by the local diocese) out of 15 governors in total. Bearing in mind that the school was entirely maintained by taxpayers' money via the local authority and served a village community whereby no other schools were within reasonable walking distance, there was never any good argument for a 'distinctively Christian education'. However, the rules laid down by the local diocese meant that, if the school became an academy, the proportion of church appointees among its governors would increase from 20% to 50%.

Furthermore, the diocese was not prepared to stretch its resources beyond the MATs that had already been set up. So in practice our school had a choice of four MATs to choose from – all with church majority boards of directors and members.

It is widely understood that in order to change the hostile stance of the Church of England in the early days of academy policy roll out, Michael Gove negotiated a protocol whereby DBEs would have the right to veto any church school's application to join a multi academy trust. The vast majority of dioceses have used this power to construct policies which only allow schools to join MATs which are dominated by church appointees at both director and member level. This vastly increases the church's influence over schools and their governing bodies. This has massively reduced the options open to church schools when compared to other maintained schools and blocked many schools from continuing previously productive collaborations with non-church schools.

We were severely disadvantaged by this restriction – opportunities to join MATs set up by local schools that we had enjoyed fruitful partnerships with came and went. Furthermore, because our feeder infant school was not a church school and nor was the secondary school we fed into, the opportunity to work more closely with these vital stakeholders was closed to us. The diocese pointed out that the infant school could always join the diocesan MAT alongside us – but not surprisingly the governors of the infant school didn't feel this option would be beneficial.

We spoke to the DBE on several occasions about this and were asked to prepare a document for discussion at one of its board meetings – we called this a request for 'self-determination'. Our request was turned down but no explanation was offered and the arguments raised in support of our request were not answered. I followed this up a year later with a suggestion that I attend a DBE meeting both to put our case in person and to better understand the diocesan position – my request was denied.

It is important to note that academisation cannot be reversed and it is very rare for schools to have the option to swap these associations. We were limited to four multi academy trust options. We were happy to seriously consider them all but we also knew that we had a duty to our current and future stakeholders to consider all options in order to find the best for our pupils and community. When we put this to the director of the DBE she pointed out (repeatedly) that we were a church school, as if this fact in itself made further discussion unnecessary. The diocese made very little attempt to justify its refusal to consider non-church collaborations beyond this and insistence that the church family of schools was worth preserving (for whose benefit, you may ask?).

It appears that our local DBE could not justify its hardline position and was either not able to or unwilling to justify it. As a result long standing and natural collaborations have had to be disbanded or dismissed as maintained schools without church school restrictions have forged ahead with their trusts and other structures. To hinder church schools in this way is in my view a gross dereliction of the DBE's duty to do the best it can for our children.

It appears that the desire to increase the church's power and influence in 'its' schools is stronger than the desire to provide the best possible education and life chances for pupils.

A shortened version of this story appeared in our 2020 report Power grab: Academisation and the threat to secular education.

John is the former headteacher of a VC junior school near Nottingham. The views expressed in our blogs are those of the author and do not necessarily represent the views of the NSS.