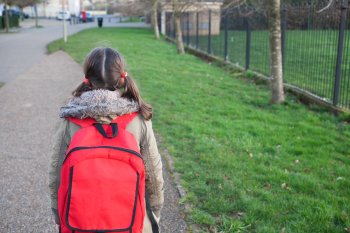 One of the most significant ways faith schools cause unfairness and division is by discriminating in their admissions codes. Many state schools in Britain effectively reject local children whose families aren't religious, or follow a different religion.

This causes needless complexity, undermines social cohesion and sends a damaging message about which children are valued and why. And it's wrong on principle: at the National Secular Society we've long argued that no child should be turned away from a publicly-funded school because of their family's religion or belief.

On their own, those arguments should be enough to end faith-based discrimination in school admissions. But there's more to it, because faith schools that prioritise children from religious families in their admissions criteria can end up discriminating on the basis of other protected characteristics too.

Sometimes this discrimination is indirect. For example, schools with religiously discriminatory admissions criteria may indirectly discriminate against children whose parents are LGBT+, because most religions represented by faith schools are unwelcoming to same-sex couples. Therefore, same-sex couples may be less willing to attend a place of worship than opposite-sex couples and so miss out on a key criterion for prioritised entry to a faith school. The NSS's recent report Faith-shaped holes: How religious privilege is undermining equality law made this point.

Faith-based admissions criteria may also result in indirect racial discrimination. Religious affiliation is closely linked to race. Certain ethnicities are far less likely to follow a particular religion than others; this is especially true of non-Christian faiths. Faith school admissions policies that prioritise members of particular faiths are therefore likely to be intrinsically biased towards particular racial groups as well, leading to ethnic as well as religious segregation in many faith schools.

A recently-published report from the local government and social care ombudsman details a case in which not merely the religion, but also the sex, of the parents resulted in a child being refused a place at a state-funded faith school.

According to the report, the father ('Mr C') applied for a place for his daughter at King David Primary School, a Jewish faith school (whose location is unclear). This school prioritises children from Jewish families.

However, although Mr C is Jewish, his wife is Catholic. According to the Jewish 'law' followed by this school, their daughter is therefore not Jewish. In Orthodox Judaism, only children whose mothers are Jewish are themselves considered Jewish, unless they undergo a formal process of conversion.

As a result, Mr C's daughter was placed in the lowest category in the school's oversubscription criteria and consequently failed to get a place. Later, a rabbi did affirm the daughter's Jewish status on the basis of her personal observance, but Mr C's appeal failed regardless.

Mr C's story is similar to a high-profile case over ten years ago also involving a state-funded Jewish school. The Supreme Court found the Jewish Free School in London had broken the law by refusing to admit a boy whose mother was a convert to Judaism rather than a born Jew. The school had directly discriminated against the boy on the basis of race under the Race Relations Act 1976.

Today, increasing numbers of children live in families that don't follow the standard of one mother plus one father. Large numbers live in one-parent families. A smaller yet significant number have same-sex parents, or parents who are transgender. What will happen to these families when they apply to schools with such restrictive requirements? What if a child lives only with his or her father, and the mother's Jewish status is unknown? What about children with two gay fathers?

Cases like these highlight two important points. One is that once you let faith schools discriminate on the basis of religion or belief, other forms of discrimination are likely to creep in, either directly or indirectly. Religion comes heavily packed with ideologies and values, some of which are inherently discriminatory.

And the other is that it is completely absurd to allow archaic religious codes to determine where children go to school in the first place. By its very nature, religious orthodoxy is based on ancient ideas and is resistant to change. It is utterly unsuitable and inappropriate for state schools, which should be open to all children in their communities. Religion, race and family structure shouldn't be relevant considerations.

Religions should be at liberty to define themselves and their members as they see fit. But they should not be allowed to impose their membership criteria on to the schools that we all pay for. The state must cease facilitating and upholding discriminatory religious 'laws'. Only one law belongs in our schools – the democratically-determined law of the land.