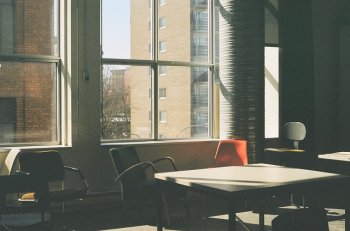 There has plenty of talk of late about the effects of the coronavirus lockdown on children's educational rights.

According to Prof Francis Green at the UCL Institute of Education, the closure of schools, and their only partial reopening, constitute a "potential threat to the educational development of a generation of children". Anne Longfield, the children's commissioner for England, warned there was a "very dangerous" threat to the historic right to guaranteed education. UNICEF says the effects of the pandemic will "cast a long shadow over their lives".

Hopefully, with a fair wind, all pupils in all year groups across the UK should be back to school full-time by September.

But what sort of education will they return to? Spare a thought for the thousands of children denied their basic right to a good education by consistently underperforming schools.

Last week, the National Secular Society wrote to the Department of Education to highlight concerns and evidence that that some pupils' human rights are being perpetually breached when schools are permitted to fail repeatedly.

Consider, for example, the educational rights of 950 pupils attending the Bnois Jerusalem Girls School in Hackney.

This school was given a warning notice in 2018 after Ofsted criticised it for preventing pupils from gaining GCSEs, censoring resources and other failures. In its latest inspection it was deemed 'Inadequate' in every area.

Inspectors found the school still "censoring fiction books and text, photographs and illustrations in geography textbooks" and "not entering pupils for GCSEs because exam regulations don't allow leaders to censor papers – severely limiting pupils' options for post-16 study." The school was also found to be teaching creationism as science and limiting the scope of its curriculum to "make it fit with Orthodox Jewish teaching", leaving children unprepared for life in Britain and lacking confidence in English.

Instead of demanding better from the school, the community it serves reacted by accusing Ofsted of conducting "an inquisition". Parents have insisted that inspectors not speak to pupils during inspections.

If parents won't protect children's educational rights, the state has a duty to do so.

But this school is just one of a number of religious schools that have consistently failed to meet expected standards.

Another is the Bnei Zion Community School, which has been rated inadequate since 2016. Despite pupils spending the majority of their school time on religious education, their knowledge about other beliefs, cultures and faiths is "severely limited". Subjects are taught in Yiddish, leaving pupils with "limited ability to understand basic words in the English language". Pupils learn only about Jewish history and are not exposed to differing views of historians.

Then take the Lubavitch Senior Boys' School, an independent school for boys aged from 11 to 13. This school has been rated inadequate in all four inspections since opening in 2018. Again, inspectors recently found insufficient time devoted to the secular curriculum, including English and reading. Pupils couldn't even provide any written evidence of their English work. Texts found among religious textbooks in the school "do not teach respect for women", said inspectors.

It's a similar story at Redstone Educational Academy, a Muslim faith school in Birmingham, where inspectors found boys and girls unlawfully segregated by sex, with boys treated favourably. All pupils study Islam and "learn a little about other faiths but not enough to prepare them well for life in modern Britain". According to inspectors, pupils are not safe in the school, which provides an "inadequate quality of education" – and has done consistently since 2017.

The list goes on. A report from Ofsted earlier this year found that more than 200,000 children, mainly in disadvantaged areas, are being educated in schools that have been consistently weak when inspected over the last 13 years. Not all of these have a religious ethos, but some of the most egregious examples are where religion rules the roost.

Education is a key social and cultural right that plays a vital role in ensuring children can flourish, fulfil their potential and leave school fully prepared for life in modern Britain. And the civil purpose of education must surely be about enabling young people to make their own choices in life. It shouldn't be about controlling them.

The Universal Declaration of Human Rights and the Convention on the Rights of the Child protect children's right to a good education. The UNCRC requires states parties to ensure that children and young people's education is directed towards their development "to their fullest potential" and prepares them for a "responsible life in a free society". They should also learn to respect their rights and freedoms and the rights and freedoms of others. This simply isn't happening in far too many schools.

When the independent school standards were updated in 2015 the secretary of state signalled that a firmer approach would be taken to enforce the standards when there was evidence of non-compliance. Rhetoric must translate into action.

By allowing schools to consistently fail the government will fall short on its obligation to ensure that children's fundamental human right to a quality education is property respected and protected.

I'm not pretending the government's job is easy, but cultural sensitivity can't be allowed to undermine the education, well-being, and convention rights of young people growing up in Britain.