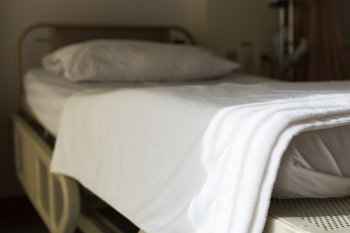 Christian campaigners have questioned a ruling that allowed a severely ill man to die. Dr Antony Lempert says they're misrepresenting the case – and patients' views are significant when determining their best interests.

Earlier this month a judge ruled that a 34-year-old man who was unable to express his own wishes and faced a severely diminished quality of life should be allowed to die. This case has been widely reported in the press in recent days, after the campaign group Christian Concern called for an urgent review of the decision. The man has now died.

Press reports have tended to focus on the fact the man didn't want to live with a stoma, and highlighted Christian Concern's argument that he might have changed his mind. But some of the headlines haven't done justice to the man's wishes, which were expressed clearly and consistently and supported by his family.

In an 'advance directive', written in February, he made clear that he should be considered to have refused medical treatment in certain circumstances. This went into great detail on a range of conditions and interventions he wanted to avoid.

He did not want his life sustained if he had little prospect of recovery from a life-threatening illness, or if it would severely impair his quality of life in several ways. This included treatment which would leave him with a stoma which was unlikely to be reversed or leave him unable to live independently in the long-term. That some people might be uncomfortable with or disagree with his personal decision is irrelevant; the Mental Capacity Act (2005) rightly supports personal decision-making of people with capacity even when other people or professionals might consider those decisions unwise. Were it to be otherwise then informed consent would be rendered meaningless.

This document was the product of plenty of thought and experience, borne of more than a decade of painful and complex abdominal problems, with the most recent setbacks leaving him in severe pain and very distressed. It even specified the music that should be played if he fell into a coma.

Christian Concern chose to highlight the fact the man had agreed to have a stoma fitted in May. It claimed this indicated an apparent change of mind, and accused the judge of disregarding evidence.

In his ruling, however, the judge went to extraordinary lengths to deconstruct this very point. He found that the patient had agreed to emergency surgery including a stoma as the only option to save his life at a time when he was seriously ill. Crucially, his consent was given on the basis of the surgeon's assurances that the stoma was likely to be reversible – assurances that the judge questioned in his ruling. The patient also faced the prospect of being intraveneously fed on a permanent basis.

The judge added that the man's parents and step-sister – the three people closest to him – had given "choate and consistent" evidence in support of his wishes. This featured harrowing details, such as the fact he'd suffered "violent and frightening" dreams when he'd previously been ventilated in an intensive care unit. The patient's father told the court he feared his son would kill himself if he recovered consciousness.

The judge also said three consultants had given "clear" evidence. Each was left "in no doubt at all" that he wouldn't have wanted to live with either the stoma or the artificial feeding, and the combination of both would be "unbearable for him".

That Christian Concern accused the judge of disregarding evidence suggests that it either didn't read the judgement in full, or issued a deliberately misleading statement. The evidence of those closest to this man was more convincing than the position of Christian campaigners who are trying to enforce their agenda.

There's rightly a heavy presumption in favour of the maintenance of life in these situations. Assessment of a patient's best interests does not rely on this presumption alone, however, but on numerous factors, most importantly what the patient considers important to him. When a person with capacity has gone to great lengths to describe what would devalue the quality of their own life so much that they wouldn't want to live that life, as this patient had done, then regardless of what other people think, the patient's own views must be respected.

That the presumption in favour of keeping someone alive may be absolute according to some religious teachings, and that some religious groups would like their beliefs to be determinative, is unsurprising; it is also irrelevant in determining what is in a patient's best interests. In this case the judge came to the reasonable conclusion that it would be in this patient's best interests to withdraw treatment.

This desperately sad case is also a reminder that the law on assisted dying should be reconsidered. That a man who no longer found life bearable to live, and who was allowed to choose death by withdrawal of food and fluids, still had no option of a legal medically assisted death to relieve his suffering is in no small part due to opposition by organised religion, not least in the House of Lords. For end-of-life decisions to be based on personal autonomy and medical ethics, rather than other people's religious dogma, it is time for our elected representatives in parliament to revisit the law on assisted dying.