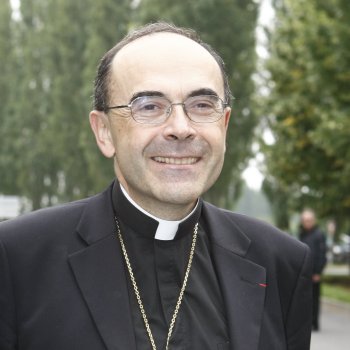 The conviction of France's most senior Catholic cleric for failing to report child abuse has been overturned. Keith Porteous Wood says this should be a warning to those charged with responding to abuse in the UK.

The most frequent demand made at the Independent Inquiry for Child Sexual Abuse (IICSA) by lawyers representing victims is that laws requiring the mandatory reporting of such abuse should be introduced in this country.

France has mandatory reporting laws, but a recent high profile case has demonstrated that unless they are properly drafted, they can be almost worthless.

On 30 January the conviction of France's most senior Roman Catholic cleric, Cardinal Philippe Barbarin, for failure to disclose his knowledge of the serial sexual abuse by a priest, was overturned on appeal, largely because the case was deemed to have been brought too late. Barbarin was made aware of the priest's attacks in the 2000s and summoned him in 2010 for a change of assignment. And - like the court which originally convicted him - the Court of Appeal found that the archbishop knew enough, then, to denounce him.

The abuse could hardly be more serious, nor the cover-up more complete. The priest at the centre of the case, Bernard Preynat, is likely to be sentenced to at least eight years in prison for the abuse of at least 75 boy scouts over decades including two cases of rape. As one report puts it, "A succession of cardinals in charge of the Lyon archdiocese from 1978 to 2019… had turned a blind eye to the paedophile's offending". Numerous other clerics must have been aware of it. Yet none of this was deemed sufficient to secure Barbarin's conviction that survived this appeal.

Barbarin's acquittal was because the appeal court deemed that the case had been brought beyond the statute of limitations, which allowed only a paltry three years deadline for non-disclosure. This comparative leniency is because France's mandatory reporting law is a general one applying to every citizen and is not specifically about the abuse of minors.

The court also concluded, alarmingly, that Barbarin was relieved of responsibility to denounce Preynat when a victim of Preynat had contacted the cardinal in 2014. The court ruled that it then became the responsibility of a victim with the capacity to do so to report Preynat. This ignores that victims who contact their church often do so to receive pastoral care, may feel too vulnerable to go to the authorities, and are often discouraged from doing so. According to some reports, the court also ruled that the obligation to report apparently ceases when victims become adults. This flies in the face of research that it typically takes victims 33 years to make a claim.

Lawyers representing the victims described the verdict as "totally incoherent" and responded by filing a further appeal to France's top court, the Cour de Cassation.

The victims have been trying to secure justice for years. Their numerous attempts to have the public prosecutor take legal action against clerics who had knowledge of this wholesale abuse failed. The victims had to resort to a costly private prosecution which secured a conviction against Barbarin in the face of opposition by the public prosecutor, albeit that conviction has now been overturned.

An online petition for Barbarin's resignation initiated by a priest garnered 110,000 signatures. The priest only closed it because he felt Barbarin's career was in effect over. Indeed, Barbarin has already been relieved of administrative responsibility for his archdiocese and has again tendered his resignation to the pope. Francis was severely criticised for declining to accept it when Barbarin was convicted.

Whatever the final outcome, the high profile cases of Barbarin and Preynat have shone a spotlight on the complete failure of Barbarin as the leader of France's Catholic Church and the church's indifference to victims of abuse and determination to go to any lengths to protect their abusers.

This disturbing verdict appears to make church officials all-but immune from prosecution for failure to report knowledge of wholesale abuse by those responsible to them. The verdict also discourages reporting of abuse, allowing it to continue while perpetrators escape justice for decades - and sometimes for ever.

In the light of this, France needs a mandatory reporting law that is fit for purpose. It should, as advocated by Mandate Now, focus on those in institutions who know of or suspect child abuse on reasonable grounds and eliminate the injustices of this case.

The NSS contributed to the costly private prosecution of Barbarin and we will work with our sister organisation in France, Libre Pensée, to call for reform of the law to properly protect victims.

Bearing in mind the seemingly endless catalogue of clerical abuse emerging in England and Wales from the IICSA hearings, we need such a law in the UK, urgently. And as the Barbarian case shows, it must be drafted with great care. Religious leaders who protect their own institutions' reputations at the expense of the children in their care mustn't be allowed to wriggle off the hook.

A film about the victims' fight for justice in the Barbarin case is called "By the Grace of God". (Barbarin had told an incredulous press that "'By the Grace of God' these crimes are beyond the statute of limitations".) The film is now available in the UK on several platforms.