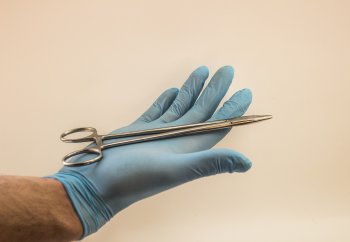 Whilst sex discrimination has been reduced in many areas of medicine and society, a UK child's protection from medically unnecessary irreversible surgical procedures on his healthy genitals still depends on perceived gender.

In 2013, the United Nations committee on the rights of the child categorised ritual circumcision as 'violence against children'. Meanwhile the parliamentary assembly of the Council of Europe expressed concerns about "a category of violation of the physical integrity of children, which supporters of the procedures tend to present as beneficial... despite clear evidence to the contrary", naming "the circumcision of young boys for religious reasons" as one such violation.

In 2015 Sir James Munby, then president of the family division of the High Court, noted that some forms of FGM were less severe than the usual form of male circumcision, describing all as constituting "significant harm" as defined by the Children Act.

Guidance from the UK medical regulatory body, the General Medical Council, and more recently the main UK doctors' trade union and professional body, the British Medical Association, endorses the double standard. Regardless of the actual harm caused, these organisations say no-one should cut a girl's genitals – but for boys the emphasis shifts to his 'best interests'. And here's the rub.

Unlike girls, boys' best interests may apparently include acquiescing to parental wishes to imprint their own strong religio-cultural beliefs onto his genitals before he can form his own beliefs, experience sex with intact genitals or withhold consent. Both organisations have been informed that many men feel harmed, and some boys have suffered irreparable penile damage and even death. They know that there are growing movements from within the cutting communities advocating peaceful alternatives.

Regrettably, neither organisation has followed the lead of the Danish Medical Association, the combined Dutch medical community, and all the Scandinavian ombudsmen in declaring ritual male circumcision a fundamental breach of medical ethics that should be deferred until the person himself has the capacity to give or withhold consent.

Non-therapeutic genital cutting of non-consenting children should all be treated as a significant breach of good medical practice when performed by doctors and as a serious safeguarding concern when performed by lay people – regardless of the perceived gender of the person affected.

This is a lightly edited version of a letter which was first published in the British Journal of General Practice. It is reproduced here with kind permission. It was initially posted in response to another article which argued that non-medical circumcision infringes children's human right to decide.

Image by ymkaaa from Pixabay.