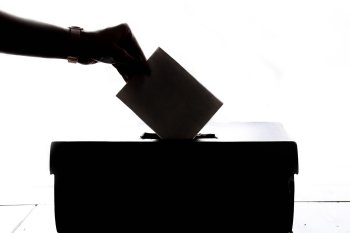 The proposed date for a general election has moved to accommodate a Jewish festival. Chris Sloggett asks whether the government has weighed up all competing considerations before reaching this decision.

In case you hadn't heard, the UK may be heading for another general election in an attempt to resolve the latest impasse over Brexit. The proposed vote was initially pencilled in to take place on Monday 14 October. But the government has now decided to move its plans to the following day, in a nod to observant Jews who will be observing the festival of Succot.

Some Orthodox Jews treat the first two days of Succot (this year falling on 13 and 14 October) as similar to the sabbath. They don't work and say even using a pencil to cast a ballot would violate their beliefs. These people's democratic rights must be protected. But we should also be wary of moving an election to accommodate religious interpretations – particularly such strict ones.

There is little sign that the government has considered the potential drawbacks of this decision. Ministers rapidly changed their plans this week in response to a letter from the Board of Deputies of British Jews. Their speed hardly suggests they gave it much thought.

Meanwhile the press has reported it as if it was basic common sense. The Telegraph claimed the original date could "disenfranchise thousands of voters" in a headline on the story. The Sun said Boris Johnson had been "forced" to move the date. Several papers reported that religious Jews would not be able to vote.

But religious observance, like attending sporting events or going on holiday, is a choice. Presenting it as an obligation suggests religious groups may exercise a veto over the timing of the democratic process, in a way that those inconvenienced for secular reasons may not. This is potentially a dubious road to go down.

At some point the country may reasonably conclude that holding an election at the weekend is better than doing so on the traditional Thursday. Given the logic behind this decision, must we now rule out Saturday elections? Several European countries already tend to hold theirs on Sundays; would this be vetoed by Sabbatarians? Could Fridays be deemed too inconvenient for strict Muslims? And by the same logic could politicians who weaponise bigotry against a religious group be deliberately antagonistic and move an election to hold it on one of those days?

There are mechanisms to help people who struggle to vote on the day – most obviously the postal vote system. In this election there may be reasonable concerns that the window to apply for a postal vote would be brief and particular local authorities may end up over-burdened. But if so the government must still weigh up these concerns against competing ones, and make clear that moving the election is still a better solution than any other mitigating action it could take.

At this point perhaps opponents will scoff that moving an election by one day is no big deal. But the timing of this election is significant. A new government is due to go to a European Council meeting on Thursday 17 October, with Brexit currently scheduled to take place a fortnight later. Holding the election on Tuesday 15th rather than Monday 14th will mean that government taking over on the Wednesday morning. Its preparation time for the council meeting will be cut in half.

And that's if the country votes for a majority government, or the parliamentary arithmetic at least makes it easy to choose a government. If there's a messy hung parliament – which seems, to put it gently, well within the realms of possibility – our politicians will have just 24 hours to work out who will even go to Brussels to negotiate. Usually the UK's representation at one summit would not be a major concern – but on this occasion, given the inevitable centrality of Brexit to the election and the apparent urgency behind the negotiations, it should be.

Politicians shouldn't dismiss the interests of the country on the altar of religious identity politics. But it is not in the Conservative party's interests to ask the questions I've asked above. It knows that mobilising a block vote is a potential way of sewing up several marginal seats with significant Jewish populations. And it's hardly a stretch to imagine a left-wing government giving the same treatment to a Muslim festival in future.

So this is another warning that our politics is dividing along religious identity lines. But we shouldn't encourage this division. Religious identity or belief shouldn't be a trump card which allows groups of people to impose their views on others.

Perhaps politicians more committed to the common interest would be better equipped to weigh up the concerns of some Jewish voters with the country's interests. They would appreciate that democratic societies must ensure all their citizens have a reasonable opportunity to exercise their right to vote. But they'd also know that religious groups mustn't have carte blanche to dictate the timing of that vote.

Photo by Element5 Digital from Pexels.