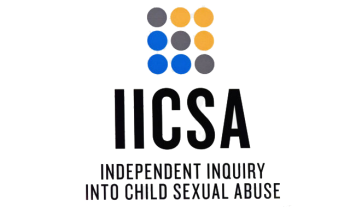 Richard Scorer, NSS Vice president and specialist child abuse lawyer, says the latest Independent Inquiry into Child Sexual Abuse report scotches once and for all the idea that Catholic safeguarding has been transformed.

In November 2018 the Independent Inquiry into Child Sexual Abuse (IICSA) heard damning evidence about the sexual abuse of children in the Roman Catholic Archdiocese of Birmingham. The saga of clerical sex abuse in the Archdiocese goes back many years and involves a shocking number of cases: 130 allegations against no fewer than 78 individuals.

IICSA examined the Archdiocese's response to three Catholic priests in particular: Father Sam Penney, Father James Robinson and Father John Tolkien. The first two were convicted of serious sexual offences during their lifetimes and jailed. The third - the son of the famous author, JRR Tolkien- died without being prosecuted, but evidence revealed in the inquiry showed that he had first been identified as a risk to children in the 1960s.

In all three cases, it became apparent during the hearing that the Archdiocese had known of the risk these priests presented for many years, but had failed to act responsibly on this information. In Penney's case, he was moved from parish to parish as complaint followed complaint. In Robinson's case, as I mentioned here, complaints were first made about him in the 1970s: some of the victims disclosed during confession, but the absolute seal of the confessional meant that none of this was passed on, and Robinson continued to abuse. As for Tolkien, he was first accused of sexual abuse in the 1960s, at which point (having made admissions) he was briefly withdrawn from ministry and sent for "treatment"; he was then sent back to work as a priest, and the inquiry heard a moving account from another of his victims, who was abused shortly afterwards, in 1970.

IICSA's report on the Archdiocese of Birmingham was published today. What did it say, and what are its implications? In regard to Penney and Robinson, the report concluded that: "The sexual abuse perpetrated by (both priests) could have been stopped much earlier if the Archdiocese had not been driven by a determination to protect the reputation of the Church. In doing so, it sealed the fate of many victims whose trust was placed in these abusers. The plight of victims was ignored or swept under the carpet, allowing the perpetrators to carry on abusing, often for many years".

The report concludes that when Father Robinson fled to California in the mid 1980s, the Vicar-General of the Archdiocese, Monsignor Dan Leonard, "deliberately misled the Californian Church about the allegations against Robinson", showing a "total disregard for victims both past and future". In regard to Father Tolkien, the report concluded that "The Archdiocese should have taken action to manage the potential risk".

Tolkien's behaviour in the 1960s "put the Archdiocese on notice of the alleged wrongdoing", yet "no thought was given to the potential consequences for children". In 1993, "the Church was again alerted to the potential risk posed by Father Tolkien but once more failed to take action". So in relation to these priests, the report's conclusions are, perhaps predictably, very damning.

The report goes on to examine the actions of Vincent Nichols. At the time of many of the events examined in the report, Nichols was Archbishop of Birmingham. Subsequently he became Cardinal Nichols, Archbishop of Westminster, and thus now the leader of the Catholic Church in England and Wales. The report is critical of Nichols in two respects. Firstly, the report examines events in the in 2003, when some of abuse scandals facing the Archdiocese were the subject of a BBC programme, 'Kenyon Confronts'. After the programme was broadcast, Nichols issued a press release complaining, absurdly, that the timing of the programme - on the eve of the silver jubilee of Pope John Paul II - was evidence of anti-Catholic bias in the BBC. On that issue, today's report is clear:

"Archbishop Nichols's response to the broadcasting of 'Kenyon Confronts'...was misplaced and missed the point. The focus should have been on the harm caused to complainants and victims. Instead, the Archbishop's reaction led many to think that the Church was still more concerned with protecting itself than with the protection of children". This, the report concludes, compounded the hurt and damage experienced by those who were abused.

Secondly, the report criticises Nichols for his failure to support the Catholic Office for the Protection of Children and Vulnerable Adults (COPCA) in a long running dispute between COPCA and the Archdiocese of Birmingham regarding the sharing of information regarding a potential abuser. This is a very significant criticism. COPCA was established by the Catholic Church after the 2001 Nolan report, with the aim of ensuring a nationally consistent "one-church" approach to safeguarding: the idea was that all Dioceses would comply with a single uniform safeguarding policy. But here, the Archdiocese refused to comply with a COPCA protocol, undermining the whole purpose of COPCA's existence; the report finds that Nichols, presented with a conflict between COPCA (on whose board he sat) and the Archdiocese (which he headed), sided with the Archdiocese, and criticises him strongly for it.

The report then goes on to examine the state of child protection and safeguarding in the Archdiocese of Birmingham today – something which is also being investigated by the Charity Commission, who are examining whether the Archdiocese should continue to benefit from charitable status. In my view, the report's findings on this aspect are the most damning of all its conclusions. In relation to current safeguarding arrangements in the Archdiocese, whilst acknowledging some improvement, the report has this to say:

"...recent reviews conducted in 2018...have uncovered significant problems with record keeping and case management...An independent audit of the Archdiocese's safeguarding arrangements…found that the current safeguarding team was not adequately supervised and was critical of recording systems. The audit found that it was difficult to follow what had happened from the case files and ascertain what action had been taken. Despite the passage of time since publication of the Nolan report - some 17 years have elapsed- there are still significant gaps in the Archdiocese's safeguarding arrangements".

The report observes that the major "deficiencies in case management and recording of actions identified in…2010...were not addressed" by 2018. In summary, the report finds that the Archdiocese's safeguarding operation is characterised by "more weaknesses than strengths" and that there are "significant problems with the safeguarding team and with oversight of it". And most tellingly of all, the report concludes that "Had this inquiry not focussed upon the Archdiocese of Birmingham, it is doubtful whether the Archdiocese would have itself recognised that these problems needed to be resolved".

These are very serious criticisms, and their significance cannot be overstated. Last year, I wrote a piece for The Tablet highlighting safeguarding failings at schools associated with the English Benedictine Congregation, a Catholic monastic order. I suggested that such failings were typical of the Catholic Church as a whole. In response to my article, Baroness Nuala O'Loan, who chairs the Catholic Council for IICSA, wrote to The Tablet complaining that I was wrongly seeking to generalise about the Church as a whole based on the failings of one monastic order; she claimed that the problems in Benedictine institutions were simply not representative of the wider Church, which had embraced safeguarding enthusiastically.

Today's report shows her claim to be hopelessly misplaced. The Archdiocese of Birmingham is one of the largest Catholic dioceses in the country; it had several years' notice of the IICSA inquiry; it was led for many years by the man who is now the leader of the Catholic Church in England and Wales. Yet the report confirms that its safeguarding arrangements continue to be beset by significant failings, and that faced with a choice between child protection and the interests of his Archdiocese, the Catholic Church's current leader preferred the latter. If this Archdiocese – put under the microscope by this inquiry – is this bad, then how bad must others be? Today's report scotches once and for all the idea that Catholic safeguarding has been transformed and that scandals like Penney, Robinson and Tolkien are simply things of the past.

What next? Victims and survivors will experience a degree of frustration in reading today's report: the analysis is damning, but the report contains no recommendations for change. These will have to wait until after the final Catholic hearing at IICSA later this year. But the changes required – mandatory reporting, independent oversight of Church safeguarding – are obvious, and this report adds to the long and sad litany of evidence showing how necessary those changes are. We can only hope that sooner rather than later IICSA will grasp the nettle and recommend the changes that victims and survivors so desperately need.