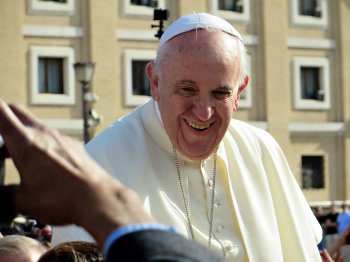 By only obligating officials in the Roman Catholic Church to report cases of clerical abuse internally, the pope's latest decree on child abuse falls a long way short of what is necessary, argues Keith Porteous Wood.

A papal decree requiring reporting of abuse has just been issued, seemingly resulting from the February conference on clerical abuse which drew together the presidents of every Catholic bishops' conference in the world. This ambitiously dubbed 'all-out battle against the abuse of minors' was widely regarded as 'a stunning let-down'.

The decree was initially greeted warmly. Victims' and survivors' groups such as Mandate Now! and their lawyers regard Mandatory Reporting (MR) to be the single most effective measure against institutional abuse.

Unfortunately, the reporting required by the Pope falls a long way short of such MR. MR requires reporting of abuse of minors to secular agencies, such as social services or police, almost always on pain of criminal sanctions. The Pope's version is simply requiring internal reporting to church officials or bodies and without any penalty for non-compliance.

No mention is made of a time limit, so in theory all known cases are subject to this disclosure requirement. Such abuse has been rife in the Church (an Australian inquiry found 7% of Catholic priests had been accused of abuse). Secrecy about this has been almost total. It therefore seems optimistic in the extreme to imagine that this penalty-free measure will be widely obeyed. If it were, the Church would not have time to cope with anything else. And even where reports are made, how confident can we be that the recipients of the information – many of whom are guilty themselves of covering up and moving offending priests on – will take any action at all? And that includes the Vatican whose sovereign state status enables it to refuse to disclose the information it holds on abuse. Concealment is its long-standing policy.

And even where the reports are made and guilt is established, no punishment will be remotely adequate for the crime. The worst penalty is dismissal from the clerical state.

Is the omission of a requirement to report to the civil authorities just a thoughtless mistake? Of course not. The Holy See was advised in 2014 by the UN Committee on the Rights of the Child, inter alia to "Immediately remove all known and suspected child sexual abusers from assignment and refer the matter to the relevant law enforcement authorities for investigation and prosecution purposes". The Vatican rejected the expert committee's recommendations outright. Crucially, that was on Francis's watch.

I am not convinced that Francis wants to introduce Mandatory (external) Reporting, but even if he did, I suspect he would be prevented from doing so. Even this baby step encountered much opposition within the Vatican, where many either remain unconvinced that abuse is a widespread problem or believe that it has already been solved.

The 'justification' for not introducing proper MR is that it could result in priests in some countries being killed. If the Vatican listed states where it did not apply for this specific reason, it could be convincing. But to rule it out in the rest of the world seems like a flimsy, and indeed cynically inhumane, excuse allowing perpetrators to go free and abuse of victims to continue.

Archbishop Scicluna, co-organiser of the February meeting, is doubtless trying his best. He put on a brave face and described the new decree as "a significant step forward". He also made the understatement of the century: "it would be a good thing" for people to go to the police.

The Pope has used up his quota of being given the benefit of the doubt on clerical abuse. This is just another PR stunt which should fool no one.

Victims and survivors deserve better. Their abuse is being compounded by this continuing culture of protecting alleged perpetrators. They will not be satisfied until the Vatican introduces and rigorously enforces proper, external Mandatory Reporting, just like the UN recommended in 2014.