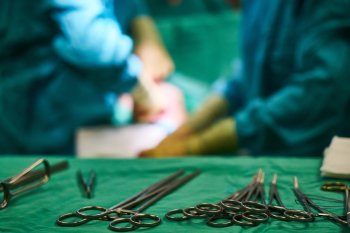 The body which represents doctors has missed the opportunity to take a stand against medically unnecessary child circumcision in its new guidance on the subject, says Dr Antony Lempert.

Infant male circumcision is increasingly under the spotlight, largely due to a growing international community of medics, lawyers and human rights advocates promoting child safeguarding in the face of threats from traditional religious or cultural practices. Where the practice is 'justified' it is usually done so on the grounds of religion or culture.

Amid the increasing opposition to the medically unnecessary cutting of children's genitals, the BMA's medical ethics and human rights department has recently published revised guidance for doctors.

As a document to guide doctors I have serious concerns that this guidance will instead cause confusion for doctors and may cause harm to patients. The guidance is a disturbing departure from evidence-based, patient-centred policy formation. It contains misleading quotations and logical inconsistencies and focuses primarily on a 'best interests' consideration that is almost exclusively reliant on parental beliefs rather than established norms of good medical practice since the area of contention is that of healthy pre-consenting children born into cutting cultures. Doctors seeking to use the guidance risk being confused by these competing demands.

It is particularly disappointing that the guidance explicitly avoids the ethics of non-therapeutic male circumcision (NTMC). A large number of seemingly ethical principles are mentioned in a section of the guidance on "determining best interests". But confusingly, these are then circumvented by associated caveats largely reliant on both parents' religious or cultural beliefs. Without a detailed consideration of the ethical position, this toolkit fails to address many concerning aspects of existing practice.

The new guidance represents a lost opportunity to remind doctors that the cutting of any child's healthy genitals for no medical reason is not in a child's "best interests". As a professional body with a remit "to influence the advancement of health and the profession", the BMA has abdicated its responsibilities towards the thousands of vulnerable children it says are likely having their genitals cut every year for no medical reason. Despite helpful individual references to many of the guiding principles at play, to the legal precedent and international human rights norms, this document as a whole is a muddled smokescreen for the status quo. Doctors who already have a full understanding of their professional responsibilities in general are likely to be confused as to which parts of the contradictory information in this guidance might be most useful to guide them when faced with a request by parents to cut a healthy (male) child's genitals for no medical reason.

Parts of this guidance are welcome though ultimately confusing. The guidance states that the evidence concerning health benefit for NTMC is insufficient for this alone to be a justification for the procedure; this understates the fact that there is a large body of evidence showing rather more harm than benefit. The statement is particularly perplexing since circumcision is by definition a therapeutic procedure when it is performed on health grounds. It is difficult to understand why the BMA, whilst disclaiming specialist medical expertise, nevertheless considers it appropriate to comment on the health benefits of a procedure performed for no medical reason.

On therapeutic circumcision, this updated guidance repeats the excellent advice contained in guidance the BMA published in 2006 entitled 'The Law and Ethics of Male Circumcision'. That document said "unnecessarily invasive procedures should not be used where alternative and less invasive techniques are equally effective and available". It is perverse, therefore, that where the procedure is not even therapeutically required, this guidance, by active omission, recommends a removal of this protective precautionary advice from the children who would ordinarily require even more protection because there is nothing wrong with them.

It is also particularly disappointing that the BMA now waters down the previous advice contained in the 2006 guidance that it would be unethical to circumcise a child solely for therapeutic reasons where medical research has shown other techniques to be at least as effective and less invasive. The 2019 guidance now includes a caveat relating to a consideration of "relevant social and cultural interests".

Whilst the guidance claims not to offer an opinion on NTMC, there is a clear steer, as above, towards consideration of parents' strong beliefs as a factor to permit doctors to become involved in the forced cutting of (male) children's healthy genitals. What is not clear is why the BMA steers in this direction. This is particularly inconsistent with recent legal judgements which the guidance quotes. It notes a ruling that NTMC constitutes "significant harm" under the terms of the Children Act. It says that "in the recent cases... of a dispute over whether NTMC was in the best interests of a child lacking competence, the courts have ruled that NTMC was not in the child's best interests". It says children's best interests would best be served by waiting for them to make up their own mind. It is axiomatic within medical practice that people themselves should be empowered to make as many decisions for themselves as they can and every possible effort should be made to enable them to do so.

Despite the growing worldwide consensus that cutting any child's genitals for no medical reason represents a fundamental violation of the child's right to physical integrity and autonomy, the BMA remains on the fence. This is particularly disappointing as every opportunity for the representative body to hear the debate and form an opinion has been thwarted over the past nine years.

Even so, the guidance makes some further notable omissions and is highly misleading. Of particular concern, some of the information is presented in such a way as to distort and misrepresent the facts. For example, the UN convention on the rights of the child (UNCRC) is correctly cited as recommending that states take "all effective and appropriate measures with a view to abolishing traditional practices prejudicial to the health of children". The guidance follows this with a comment about a law passed in Germany, making reference to Germany's ratification of the UNCRC. The new German law now permits NTMC in children under 6 months old.

Three particular omissions in this section are striking. Firstly, the standalone German law was introduced in direct response and opposition to a 2012 Cologne court case in which a doctor was ruled to have been in breach of German law when he performed NTMC on a 4-year-old boy. In other words, for NTMC of some male children now to be 'legal' in Germany existing law had to be circumvented, not overturned. Secondly, in 2013 the UN Committee on the Rights of the Child itself placed NTMC in the category of violence against children in its final comments on Israel's compliance with the UNCRC. (Israel, like all UN member states except the US, has ratified the UNCRC). Thirdly, in 2013, all the children's ombudsmen from the five Scandinavian nations issued a joint statement that NTMC violates fundamental medical ethical principles and that boys should be allowed to decide for themselves by waiting until they are old enough to do so.

The guidance states that the BMA does not take a position on ritual non-therapeutic male circumcision, is not a clinical organisation and would welcome a comprehensive review of the literature. Yet at the same time, the guidance contains assertions and conclusions that belie the stated reticence to provide them, some of which are mentioned above. The guidance baldly repeats the 2006 guidance that "circumcision does not need to be performed by a doctor". There is no evidence to back up this wholly counter-intuitive assertion that male children of parents who feel very strongly that their children's genitals should be cut for ritual or traditional purposes are to be singled out as the only people who do not require a sterile, hygienic environment when they are to be subjected to surgery.

This is particularly troubling considering that the surgery is not medically necessary and does not have the consent of the person on whom it is to be performed – both features that would ordinarily mean additional precautions rather than fewer. More troubling still is that unnecessary surgery of this nature, on a vulnerable person such as a child, would ordinarily trigger major safeguarding concerns rather than a shrug of the shoulders that "the prevalence of NTMC in the UK is unknown." This would be particularly true if the surgery was performed by people without medical training and with no audit or follow up.

Though the BMA states it is not providing ethical advice on NTMC, a section of the new guidance states: "The BMA cannot envisage a situation in which it is ethically acceptable to circumcise a child or young person who refuses the procedure, irrespective of the parents' wishes". That is welcome. There is no ethical coherence in stating this whilst simultaneously urging doctors to consider strong parental or community beliefs as a reason to cut the healthy genitals of the cohort of younger children who have not yet attained the capacity to understand let alone resist. Yet this is precisely what this guidance does recommend.

The guidance also correctly cautions doctors about the damage that might be done to the individual's relationship with his parents and the medical profession. But simultaneously, doctors may well be led to understand by this guidance that the parents' beliefs and culture might satisfy reasonable requirements for irreversible forced genital cutting of (male) children.

It is difficult to understand the BMA's logic. It has produced a guidance document on NTMC which is like a jigsaw puzzle of a roadmap, but cobbled together with selected pieces from different puzzles, and with major A roads missing.