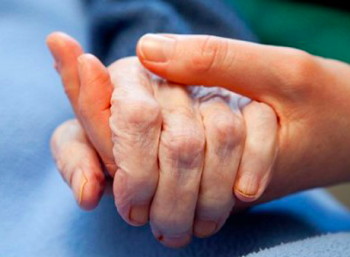 As the Royal College of Physicians consults its members over assisted dying, Stephen Evans says we should be aware of often well-disguised theological objections to reform.

The Royal College of Physicians has come under fire this week after it announced that it is to ask its members what they think the college's stance on assisted dying should be.

The college currently opposes assisted dying, but has said it will move to a neutral position unless at least 60% of votes in the poll are either in favour of or opposed to a change in the law.

When medical bodies adopt a position of neutrality it stands to benefit us all. It allows doctors to fully engage in the debate and to share expertise with society and the politicians who will be making the ultimate decision. As Professor Raymond Tallis, emeritus professor of geriatric medicine at the University of Manchester, explains on the RCP website:

"Neutrality would allow the college to constructively critique proposed legislation, benefiting doctors and patients. At present the only reference made to the RCP in parliamentary debates is when our stance of opposition is cited by those who do not want the law to change. Opposition is a blunt instrument of little value in a debate that deserves a much more nuanced approach."

A poll published this week revealed that more than half of GPs think organisations such as the Royal College of General Practitioners and British Medical Association should drop opposition to assisted dying and adopt a neutral stance.

Yet since announcing the poll the college has faced a furious backlash from doctors opposed to assisted dying. A number of 'senior doctors and academics' wrote a letter to The Times citing "procedural irregularities" and essentially claiming that those in favour of assisted dying had hijacked the Royal College of Physicians council.

This is somewhat hypocritical given that a number of the signatories to the letter have themselves deeply held personal religious beliefs against assisted dying which somehow doesn't seem relevant to them to mention.

Britain's increasingly secular outlook on life means religious arguments these days tend go down like a lead balloon when served up in public and political debates. Theological perspectives are no longer accorded the automatic respect they once enjoyed. The religiously motivated are therefore forced to couch their arguments in secular language.

The downside of this is that misleading arguments against assisted dying tend to be amplified by religiously motivated lobby groups who use secular concerns as a veneer for theological objections.

That's not to reject the legitimate anxieties that do exist around the legalisation of assisted dying. Policy makers must listen very carefully to safeguarding concerns that a change in the law could put vulnerable people at risk of harm. We all have an interest in protecting the weakest in society. Any law permitting assisted dying must be sufficiently safe-guarded against abuse.

Yet when the former justice secretary Lord Falconer proposed a carefully safeguarded change in the law in 2013 to allow mentally competent adults judged to have less than six months to live to have an assisted death after being approved by two doctors, religious leaders united to condemn it. It was argued that this could be the 'thin end of a wedge' that opened the door to a law that ends up with no safeguards at all.

There is however no evidence of such a 'slippery slope'. In Oregon where a similar law has been in place since 1997, the law not been extended beyond terminally ill adults ­­– nor has there been any evidence of abuse.

But if the underlying opposition to assisted dying is theological, no amount of legal safeguarding will be persuasive to people whose position is based on dogmatic and fixed religious scripture.

Public support for assisted in the UK is high – polling consistently shows that around 80% of the public support a change in the law. The perceived opposition bodies such as the RCP and BMA certainly frustrates a review of the law. But are we also allowing religious dogma to stand in the way of public policy keeping up with public opinion?

Despite the fact 79% of religious people support a change in the law on assisted dying, religious hierarchies and their political machines still seek to block it. The Church of England and its bishops in the House of Lords are all against it. The Catholic Church insists assisted dying "violates divine law". The Muslim Council of Britain wants assisted dying to "remain illegal" and the UK chief rabbi says "life is a gift from God and it is not ours to cut short".

Some senior religious figures have broken ranks. One notable example is the former Archbishop of Canterbury, Lord Carey, who now supports assisted dying. The CEO of the Christian charity CARE, which lobbies against assisted dying on the basis that it will "fatally undermine human dignity and what it means to be created in God's likeness", called Lord Carey's change of mind on the issue a "reversal of biblical principles".

The current legal position, which arguably reflects 'biblical principles', causes heart-rending suffering and provides dying adults with no choice or control over their death, with tragic consequences for dying people and their families. Some might argue that this is a price worth paying to ensure vulnerable people aren't put at risk by a change in the law. But we can't afford important decisions over assisted dying to be unduly influenced by religious dogma. Decisions should be based on evidence, compassion, ethical principles and respect for patient autonomy.

We therefore need to be acutely aware of the influence of organised religion and the well-funded lobby groups that so often lurk behind prima facie secular objections to assisted dying – and take this into consideration when making up our minds.