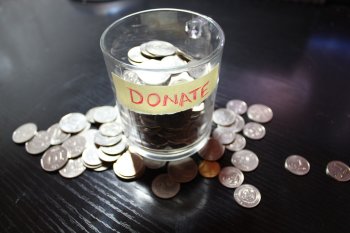 The revelation that Amazon funds extremist religious charities is the tip of the iceberg. Our charity system has deep problems, in part stemming from the presumption that religion is a public good, says Megan Manson.

On paper, it's hard to find fault with Amazon Smile, Amazon's new charity initiative. Whenever customers who opt into the scheme buy something on Amazon, the company donates a portion of the purchase price to charity, at no additional cost to the customer. What's particularly attractive about the scheme is that the customer can choose what charity this money goes to. The choice is extremely broad; according to Amazon, you can choose from over one million organisations.

But this week, Amazon Smile came under fire after The Times revealed that institutions with hardline religious views are included among the charities that Amazon will fund under the scheme.

One charity is the Muslim Research and Development Foundation (MRDF), which has been described by the government's counter-extremism commissioner Sara Khan as "the main Salafist organisation in the UK". Its founder and former chairman is Haitham al-Haddad, an Islamic scholar who advocates FGM, child marriage, stoning to death for adultery, beating wives and niqabs for all women.

Another is the Glasgow branch of Mountain of Fire and Miracles Ministries (MFM). Its founder Daniel Olukoya preaches that gay people are possessed by "the spirit of the dog" and believes that prayer can save those "in the bondage of homosexuality". An undercover investigation in the Liverpool Echo last year revealed that an MFM church was putting these teachings into action through an extreme form of 'gay conversion therapy' involving starvation.

The revelation that these charities are included in Amazon Smile has sparked public anger, bewilderment, and boycott threats. While this anger is understandable, should Amazon really bear the brunt of the blame?

Amazon says it only accepts only charities that do not "promote hatred, intolerance or discrimination based on sex, religion or sexual orientation" on to the Amazon Smile scheme. Accepting charities like MRDF and MFM would appear to contradict this policy. Amazon is reviewing these charities' participation at this moment.

So how did Amazon end up including these charities in this scheme in the first place? The answer lies in Amazon's trust in the government to regulate charities properly. And this is where we see that this latest Amazon scandal is just the tip of the iceberg when it comes to the problems of our charity system.

An important aspect of Amazon Smile is that it only includes charities registered with the Charity Commission (or the Office of the Scottish Charity Regulator, OSCR, for Scottish charities). This should be a wise decision on Amazon's part. The Charity Commission and OSCR are the governmental departments responsible for regulating charities. It is their duty to ensure that registered charities are providing a genuine public benefit, and not holding activities that are illegal or otherwise harmful to society.

Being a registered charity confers many benefits on an organisation, not least tax relief and gift aid. And having a registered charity number stands as a seal of approval. It should be a sign that, as it's subject to the rules of the regulator, a charity is trustworthy, and that the public can make their donations with the peace of mind that those funds will not be abused.

These aren't the only registered charities participating in Amazon Smile that might raise eyebrows. Lydney Congregation of Jehovah's Witnesses is also listed. As is Benhill Gospel Hall Trust, a Plymouth Brethren charity. While these may not be as extreme as MRDF or MFM, both the Jehovah's Witnesses and the Plymouth Brethren are hardline and insular religious movements that engage in controversial practices including shunning of transgressors and exerting extreme control over their members' lives.

The concern around the inclusion of dodgy charities in Amazon Smile could easily distract us from a more important question we should be asking. That is: why are these organisations registered charities in the first place?

A significant part of the reason is the charity regulators are slaves to charity law, which in itself is in drastic need of updating. Charity law means it is extremely difficult for a charity to be de-registered, so the regulators are frequently powerless to boot out charities found to be acting in an uncharitable manner.

It's even difficult for charity regulators to refuse registration of unsuitable charities. If a charity meets the specified criteria of what is considered charitable, the regulators are duty-bound to register them. It can be very difficult to prove an organisation that looks essentially like a charity on paper, and ticks all the right boxes, is in fact a cover for something more sinister.

In recent years, attempts have been made to tighten up charity regulation. This includes the 2006 introduction of a requirement for all charities, including religious charities, to actively demonstrate that they have a public benefit. But more than a decade after its introduction, this requirement seems to have had little effect. The public outcry generated by the charities listed on Amazon Smile is testament to the regulators' failure to only register charities that do good in society.

There's a final puzzle in all this. In practice, regulators can de-register charities when they really want to. In 2015 an ITV Exposure documentary, 'Charities Behaving Badly', revealed the promotion of extremism and hatred at three different charities: The Steadfast Trust, Global Aid Trust, and Hindu Swayamsevak Sangh (HSS). Following the documentary's broadcast, the Charity Commission investigated all three charities. While Global Aid Trust and HSS are still registered, The Steadfast Trust has been removed, for the reason that it was "registered in error". In other words, the Commission decided that it had never been a charity.

The Charity Commission rightly exercised its powers to strip The Steadfast Trust of its charitable registration, but it left the two other charities on its books. Religion would appear to be one of the main factors differentiating these charities. That the Charity Commission is able to declare a far-right extremist organisation a non-charity, but seems unable to strip religious extremist organisations of charitable status, hints at deepproblems within the charity system. When we examine the nature of the charities that have prompted the condemnation of Amazon, and the charities that were featured in Charities Behaving Badly, we may conclude there's an assumption that religion is presumed to be a public good.

This assumption must be challenged. It's time we began directing questions away from Amazon and other donors, and towards the charity regulators and law-makers themselves.