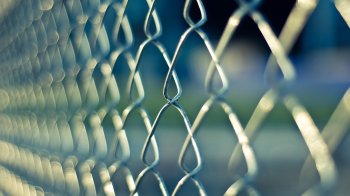 Last week, as Catholic worshippers were leaving Saturday evening Mass in Glasgow City Centre, they were approached by a crowd of young men who showered them with vile sectarian abuse. Their priest, Canon Tom White, was spat on repeatedly.

This despicable attack took place as around 4,500 people marched through the city as part of the annual 'Twelfth of July' parade, where, as Paul Kavanagh put it in The National, "a band of drunken bigots dress up as toy soldiers and sing about their hatred for Catholics." The incident is just latest ugly episode in Scotland's long history of sectarianism.

Given the continuing divisions and conflict between Catholics and Protestants, it is somewhat galling that Glasgow City Council has announced plans for a civic reception to mark 100 years of state-funded Catholic education. The event will celebrate the centenary of the Education (Scotland) Act 1918, which introduced public funding of Catholic schools, and in doing so, built division into Scottish society, segregating children along religious lines, ensuring never the twain shall meet.

This is a shame, because if you want to build a more integrated society and break down barriers between people of different backgrounds, failing to introduce them to each other during their formative years is monumental wasted opportunity. Research shows that friendships at primary schools can and do cross ethnic and faith divides wherever children have the opportunity to make friends from different backgrounds. It's harder to hate 'the Other', when you know them. Successful integration ensures they cease to be 'the Other'.

Last year, a report by Dr Duncan Morrow, which made recommendations to tackle sectarianism in Scotland, called for more action in schools to break down barriers. However, it limited itself to encouraging 'partnerships between schools of different backgrounds'.

This isn't good enough. It is hypocritical of schools to teach mutual respect and tolerance of those from different faith and beliefs and yet still buy into the idea of segregating them on the basis of those beliefs. You do not teach integration - you do it. As a former Bradford City Councillor once said: "Citizenship in the curriculum is fine, but if it goes no further than celebrating diversity, it won't work. What works is sharing crisps with someone different".

Dr Morrow's report said "We do not believe that sectarianism stems from, or is the responsibility of, denominational schooling, or, specifically, Catholic schools, nor that sectarianism would be eradicated by closing such institutions."

Sectarianism is a deep rooted, complex and widespread social issue. It goes without saying that ending denominational schools is no magic bullet. But faith-based schooling divides children, normalises separatism and can only undermine efforts to tackle sectarianism and bigotry.

The people of Northern Ireland know this. The country has a highly religiously segregated education system – just 8% of pupils attend integrated schools. A poll this year found the vast majority of NI citizens think it's time to stop enshrining sectarianism in education. The 'attitudinal poll' found that more than two thirds would support their local school becoming an integrated school. More than 80% wanted an independent, root and branch review of education. And when asked what they thought had held up the growth of integrated education, parents blamed the influence of Churches – and the politicians who are always reluctant to offend vested clerical interests.

The close relationship between the Scottish government and the Catholic Church also stands in the way of progressive secular reforms to Scottish education. Nicola Sturgeon has made clear that the Scottish government is an 'unequivocal supporter' of Catholic schools. Her administration recently committed to a 450% increase in spending on supporting teachers to gain the Catholic Teaching Certificate – allowing bishops to exercise a discriminatory veto power over appointments to publically funded schools and for prospective teachers to be interrogated about their "personal religious belief and character".

So despite the administration's commitment to inclusion and tackling sectarianism, its enthusiasm for religious privilege means discrimination and religious separatism is likely to remain entrenched in Scotland's education system for the foreseeable future.

As society becomes increasingly secular, faith schools are regarding by some as a means of not only transmitting a particular faith, but also of maintaining cultural and social identities. The state shouldn't indulge this. Families, social networks and places of worship are the institutions for preserving cultures and traditions. In diverse societies schools have a vital role to play in drawing communities together, giving young people an understanding of their common humanity and building a more cohesive society.

As Scotland's sectarian malady lingers on, sectarian schooling is nothing to celebrate. A commitment to educating all children together certainly would be.