God, Guys and Guns. A review of The Handmaid’s Tale, by Margaret Atwood 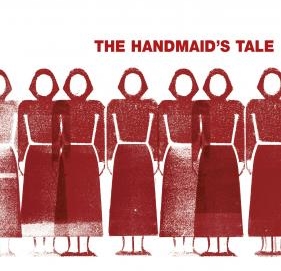 Emma Park on what Margaret Atwood's modern dystopian classic (and its TV adaptation) tells us about the relationship between theocracy, gender and self-identity.

The Handmaid's Tale is Margaret Atwood's contribution to the twentieth-century tradition of dystopian novels. First published in 1985, at the height of the Reagan era and six years after the Iranian Revolution, it has remained controversial and popular in equal measure. Vividly imagined and skilfully told, it has survived its original context and continues to provide a compelling narrative for our times. Like Philip Pullman's later Dark Materials trilogy, it is a fictional critique of Judaeo-Christian supremacy. At the same time, it explores the connection between hard-line religious beliefs and clampdowns on freedom of expression and sexual choices, especially women's.

The premise of the plot is that a fundamentalist theocracy has overthrown the US government and imposed a Christian caliphate-cum-surveillance-state, called by the Old Testament name of Gilead. Women are divided into strict castes and required to wear colour-coded gowns and veils. 'Angels' and 'Guardians', (male) soldiers armed with machine guns, patrol the streets; 'Eyes', the (male) secret service, arrest any insubordinate 'Wives' or 'Handmaids' and take them off to torture and execution. The narrator, Offred, is a Handmaid: a concubine in the house of her master, a 'Commander of the Faithful', a high-ranking official (whose first name is Fred). Commanders are allotted Handmaids along with their infertile Wives ,to bear children, and are supposed to use them purely for childbearing, not for sexual pleasure.

In practice, the new regime is as cynical as any other. The Commanders maintain a secret brothel of permanently enslaved women to serve their private sexual whims, while punishing adulterous Wives and Handmaids with death. (Religious leaders throughout history have, of course, kept similar double standards.) 'You must feel pretty ripped off,' Offred says to God in one of her darkest moments; 'I guess it's not the first time.' God does not reply.

It could be argued that Atwood's feminist perspective is overly narrow. There are virtually no likeable men in the novel – at least, none the narrator is certain are likeable. She never finds out whether, as she half suspects, her former husband, Luke, enjoyed the power he had over her when her employment and bank account were taken away. It is likewise left ambiguous whether her new lover, Nick, is really an 'Eye' who will betray her. There is also irony in the fact that the narrator's addiction to sex with Nick and compulsive need for him makes her reluctant to become a spy for the resistance movement. At the end of the novel, she passively allows him to take her away in a van, without knowing whether she goes to safety or death.

Such criticisms aside, recent events show the continuing relevance of The Handmaid's Tale as a salutary warning against the oppression that is wont to attend on religious fundamentalism. In particular, the rise of the Trump administration and the flourishing of evangelical anti-women's rights movements in the US suggest that Atwood was prescient in fearing the influence of the religious right in the US – even if a coup is at present unlikely. The subjugation of women in Saudi Arabia and Iran is showing signs of loosening, but there is still a long way to go; in Turkey, the situation is in some ways getting worse. As long as such theocratic or quasi-theocratic regimes continue to exert an influence over women's lives, it is important that there should be novels like The Handmaid's Tale, to remind us of the timeless connection between religion, sex and male dominance.

The Handmaid's Tale has reached a new generation through its recent television adaptation by Hulu. While the first series (2017) adhered relatively closely to the plot of the novel, series 2 (April 2018) and, presumably, the forthcoming series 3, develop the story beyond the point to which Atwood took it. It seems to be the TV series, rather than the novel, that has inspired recent demonstrations against gender discrimination by women dressed in the red costume of the Handmaids. The series has also inspired women around the world to tattoo themselves with a schoolboy Latin rendering of 'don't let the bastards grind you down'. In the novel this is a relic from the Commander's schooldays scratched in a cupboard by Offred's predecessor. It now has a new life as a slogan of resistance to the male establishment. At the same time, the TV series has boosted sales of the novel, which became 2017's most read Kindle book.

The TV series has explored the backstories of several of the characters in much more detail than in Atwood's taut novel. Arguably, however, it is the novel which, through its precise, suggestive language, is more thought-provoking and so more sinister. Hulu's adaptation runs the risk of blending into the endless litany of lurid shocks characteristic of the Hunger Games-Games of Thrones-Blade Runner genre, but with a simplified moral compass and the tediously uplifting suggestion of heroism and redemption at the end. As critic Emily Nussbaum has observed, the TV version seems to have lost 'the special beauty of a bleak ending.' Atwood's novel, on the other hand, fosters and repays reflection rather than simply provoking a gut reaction.

Several aspects of The Handmaid's Tale continue to resonate disquietingly in modern society. These include the prohibition on reading and writing for the Handmaids, the restrictions on their movement and expression and clothing (reminiscent of the wimple-and-habit of nuns or the burka), and their lack of sexual freedom. Even more chilling is the amount of time that Offred spends sitting in her white room simply waiting, haphazardly reviewing her past life from the 'time before', with nothing to do, and no purpose in her life apart from child-bearing. The regime has reduced her to her body. When she is allowed to go out into the town, once a day, she must be accompanied by another Handmaid. As they walk, they see, strung up on the 'Wall' (once part of a university), the corpses of homosexuals ('Gender Traitors'), doctors who used to give abortions, and members of dissident religious sects. The nod to targets of the American religious Right could not be more emphatic.

But worst of all, perhaps, is a casual remark by Offred's commander when they are engaged in an illicit game of Scrabble:

What do they make? I said, expecting five or three.

Nowhere is the influence of Orwell's 1984 more striking – in which two plus two no longer equals four. Nowhere is the point made more clearly that the imposition of a fundamentalist religious regime means the entrenchment of age-old misogyny. Orwell's interest in the way in which totalitarian regimes alter language to suit their own ends is also reflected in the language used in Gilead, which involves a combination of Biblical quotations and portmanteau terms for technological peculiarities ('Compucount', 'Birthmobile'). Aunt Lydia, one of the sadistic older women employed by the regime to train the Handmaids, tells Offred:

'There is more than one kind of freedom…In the days of anarchy, it was freedom to. Now you are being given freedom from.'

Women's repression is thus presented as a new type of 'freedom': the freedom from harassment that comes with the enforced narrowing of their role in society. Once again, this justification, although purportedly fictional, sounds uncannily close to that used by many regimes wishing to confine women to the domestic sphere.

In the 'Historical Notes' at the end of the novel, set in 2195 AD, a (male) academic commenting on Offred's story reminds his audience that 'we must be cautious about passing moral judgement upon the Gileadeans… such judgements are of necessity culture-specific.' There is, Atwood implies, a gross disparity between this politically correct refusal to judge and the deeply unpleasant culture which clearly deserves judging. If it does nothing else, The Handmaid's Tale should remind us of the importance of actively condemning oppressive cultures. To maintain that all cultures and beliefs are equally 'valid' can sometimes be little more than cowardice.

Read the book | watch series one

Emma Park is a freelance writer and an NSS member. Follow her on Twitter: @DrEmmaPark. The views expressed in our blogs are those of the author and do not necessarily represent the views of the NSS. 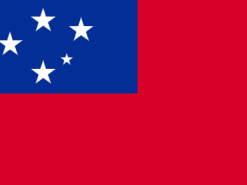 The island nation Samoa has amended its constitution to proclaim itself a "Christian state".