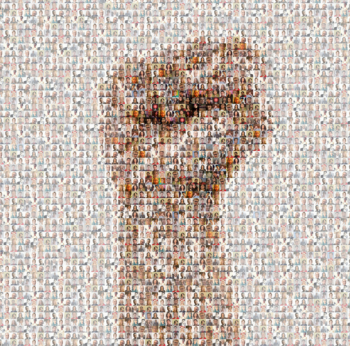 Saturday 22 – Monday 24 July will see activists from around the world gather for a weekend of discussions and debates on freedom of conscience and expression in the 21st century. Maryam Namazie tells us why it is such an important event.

Atheists and freethinkers are targeted by Islamists and religious-Right movements across the globe. Despite the brutal attacks, blasphemy and apostasy laws are often legitimised. Even where no such laws exist, there is a chorus of voices insisting that freedom of expression and conscience have limits, particularly when it comes to Islam. "Hurt" sensibilities are almost always deemed more important than threats, intimidation, censorship, violence and even murder. And victims are blamed whilst perpetrators pose as victims.

The International Conference on Freedom of Conscience and Expression in the 21 Century organised by One Law for All and Council of Ex-Muslims of Britain (marking its tenth anniversary) - and sponsored by the National Secular Society, Richard Dawkins Foundation and others - aims to bring together the largest international gathering of ex-Muslims and freethinkers as a show of strength to reaffirm the right to think and live outside the confines imposed by religion and the religious-Right.

Key issues such as women's resistance, the veil, religious morality, religion in the law and state, identity politics, communalism and multiculturalism, Islamophobia, LGBT rights and secularism will be discussed by distinguished atheists and freethinkers primarily from the "Muslim world".

Many of the speakers are on the frontlines of the tsunami of atheism and freethought that has taken hold of societies under Islamist influence with social media doing to Islam what the printing press has done to Christianity.

When dissenters continue to be threatened, silenced, no-platformed, intimidated and even killed for rejecting and criticising Islam, a celebration of apostasy, blasphemy and the free word are historical tasks.

The conference will highlight and honour dissenters such as the Bangladeshi bloggers; Raif Badawi sentenced to 10 years in prison for blogging and Ahmad Al-Shamri sentenced to death for atheism in Saudi Arabia; ex-Muslim atheist H Farook hacked to death in India; 21 year old Sina Dehghan sentenced to death for "insulting the prophet" in Iran; Ayaz Nizami and Rana Noman arrested on blasphemy charges and 23 year old Mashal Khan lynched by a mob at his university in Pakistan …

The gathering – labelled the "Glastonbury of Freethinkers" – will stand out, loud and proud to remind the world that the freedom of conscience and expression are also for those who reject and criticise religion and the religious-Right. And that the demand for these freedoms are universal.

For more information on the conference, visit www.secularconference.com. Get your tickets now and support today's suffragettes, civil rights leaders, anti- [gender] apartheid heroes, and the anti-fascist resistance. Please note that no tickets will be sold at the door.

The views expressed in this article are those of the author (@MaryamNamazie) and do not necessarily represent those of the NSS.